My jaw dropped and I nearly tripped over myself running to the VCR to press record when Mike Jackson came out on stage after James Brown’s performance to put the customary cape around James’s back. Michael looked gorgeous. No red shirt (though we all love the red shirts), but just a lovely vision in white and blue. Complete with a single, black glove on his left hand. The crowd went ABSOLUTELY NUTS, clapping and jumping up and down. Mike even did a little dancing with James AND he officially [img align=left]http://images1.wireimage.com/images/thumbnail/1235609.jpg[/img]presented James with the Lifetime Achievement Award. He got a little emotional when talking about how much James influenced him when he was little boy. It was beautiful!! Details from fans who saw it will keep coming in ALL NIGHT LONG! Once again, Mike Jackson surprises us all! Some of us are still :faint after that surprise! Anyway, read what happened and leave your thoughts about it in this thread: :4pinned[url=http://forum.mjeol.com/index.php?act=ST&f=2&t=5368&s=4e460ba8517a72875fba77e0ba41265c]DUDE! ITs MIKE AT THE BET AWARDS!![/url] 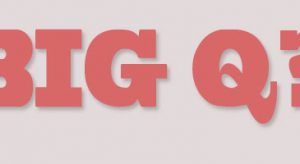