Mary J. Blige, proudly dubbed The Queen of Hip-Hop Soul, is set to release her ninth studio album “Growing Pains” on December 18th of this year.

Akon’s already had a hand in hits by Gwen Stefani and 50 Cent; now Michael Jackson has enlisted the collaborator du jour to sing, write, and produce on his next album. 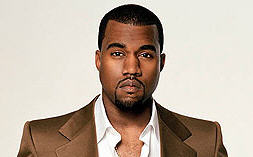 (CBS 3)
Michael Jackson has enlisted a hip-hop giant to be part of his new album team.