WASHINGTON, Feb. 11  /PRNewswire-FirstCall/ — To celebrate the 25th anniversary of the release of "Thriller," XM Radio will launch a new channel dedicated to the music of pop icon Michael Jackson on March 1, it was announced today.

The new channel, "XM THRILLER: The Music of Michael Jackson" (XM 63), will feature Jackson’s solo work, as well as recordings from The Jackson 5, interviews and stories from other artists, plus other unique content that celebrates Jackson’s musical contributions.

Sufi singer {tag Kailash Kher} has said in a recent interview he wants to work with Michael Jackson, and others.
Kher is a popular Indian singer with a series of hits with the band Kailasa.

The O2 press office apologised for coming back with "not the most glamorous of quotes," but "all we can say is that we can’t comment on anything at this time," was its response to rampant rumours of a Michael Jackson residency there in 2008.

The Daily Mail, Daily Star and Daily Mirror were among the tabloids saying he’s lined up for a multi-date run to coincide with the 25th anniversary of the release of his Thriller album.

Michael Jackson is 100 percent innocent, and his 2005 trial on charges of child molestation was an outrageously expensive witch hunt solely designed by then Santa Barbara County District Attorney Tom Sneddon to dethrone a successful black celebrity. Meanwhile, the mainstream media missed the true story, preferring instead to pronounce the pop star guilty on all counts in the court of public opinion. Everyone except Michael Jackson should be ashamed of themselves. 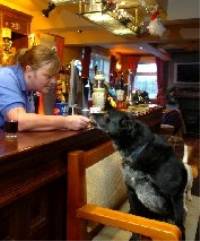 Despite Jermaine Jackson’s comments to the BBC, a source tells VIBE Michael Jackson has not yet signed on for Jackson 5 tour.

The news of Michael Jackson joining up with his brothers for dates on a much-anticipated 2008 reunion tour may have been a bit premature.

NOV 24 2007 – New York Times best selling author Aphrodite Jones was recently interviewed at a book signing for her latest, “Michael Jackson Conspiracy”, and dropped what otherwise would be a major bombshell. That is, if the bombshell didn’t make Michael Jackson look like the victim of nefarious and unscrupulous media practices.

(VIDEO INCLUDED) Michael Jackson brought trendy Melrose Avenue in Los Angeles to a standstill on Thursday for a little clothes shopping. The hooded pop superstar and a female friend spent 30 minutes shopping in stores Unica and Moist before dashing back to a dark blue Jeep to make a hasty getaway from a small gang of paparazzi.