NOV 24 2007 – New York Times best selling author Aphrodite Jones was recently interviewed at a book signing for her latest, “Michael Jackson Conspiracy”, and dropped what otherwise would be a major bombshell. That is, if the bombshell didn’t make Michael Jackson look like the victim of nefarious and unscrupulous media practices. If it weren’t so blatantly obvious to those who frequent this and other non-bashing-Jackson websites, it would be a stunning revelation that the general publishing world has an unwritten rule not to publish books that aren’t bashing Jackson.

Attorney Thomas Mesereau also made an appearance with the author of the scathing book detailing the 2005 trial of the King of Pop. The book, as you may already know if you’ve been watching this site, lambastes the slanted media coverage of the trial and criticizes the prosecution’s case, or lack thereof, against Jackson.

Mesereau and Jones, as seen in video below, both speak about the trial and the media. Mesereau wrote the forward to the book, but admits he has no financial stake in it nor did he write any of its main contents.

According to the silver-haired attorney, he only wrote the forward to make sure people realize this is “the most accurate, honest portrayal of what happened in the Michael Jackson courtroom.”

Jones says the media’s interest in slanting any story, and particularly the Jackson story, is about ratings. The author says public interests help feed the media’s behavior:

We are very interested in anybody’s dirt, anybody’s dirty laundry. If there are allegations to be made — it doesn’t matter if they’re true or not — they’ll be thrown out there by the media and it can ruin a person’s career.

The author says “we”, meaning the general public, tend to listen to media reports as if they are the whole truth and nothing but the truth.

She warns, however, “In fact, media reports are not gospel. In fact, they are very much driven by a ratings system that includes ‘what can we report that is dirty, gritty, and nasty’. “ She says this is exactly what happened with the coverage of the Jackson case.

Jones also says nobody so much as bothered to correct that behavior. This is an especially egregious behavior after Jackson was fully acquitted by a non-black, conservative Santa Maria jury who sat on a case where prosecutors were given every opportunity under the sun to get a conviction.

As I was covering the case, it became readily apparent very early on in the “case” that there was no “case” against Jackson at all. Yet, even now some media outlets still act as if he “got away with it” or was allowed to “walk” because he’s famous. Nothing can be further from the truth.

Even with over 2200 credentialed media watching this trial, most still got it dead wrong. Why is that? Mesereau says the verdict was watched all over the world and more media was covering Jackson’s case than both in the OJ Simpson and Scott Peterson cases combined. Not that there is any comparison between Jackson and convicted double murderer Peterson or Simpson.

__Not Guilty? No thanks!__
Publishers weren’t exactly chomping at the bit to publish Jones’s book. Jones says she was flat-out told “We don’t want anything that’s pro-Jackson.” Ain’t that a bi+ch? If Jones hadn’t decided to self-publish, the book wouldn’t have existed.

Jones reveals the startling and ridiculous truth that publishers didn’t want the truth and didn’t really give two craps about Jackson’s innocence. The author talks about going to the top person at a publishing company to talk about the publication of the book. She says on video:

She said, ‘Aphrodite, I’m sorry. We can’t do anything pro-Jackson’. And I thought ‘This is wild. So in other words, the publishing world has decided that there will be nothing pro-Jackson’. Even though a courtroom has exonerated this man.

So it ultimately came to me that I had to self-publish. It’s something for me — as a New York Times best selling author, having had three books made into films, and all the rest of it — really was a hard nut to crack and a hard thing to swallow.

Jones says she considered it a labor of love to self-publish in order to get the story out. “It has been worthwhile because I have people from all over the world now reading [the book]”, she says.

The author admits flatly that there is a conspiracy, particularly with regard to the destruction of Jackson’s public image. She says, “…The media has conspired to destroy this man’s reputation and career.”

Remember, those words aren’t coming from some longtime Jackson fan. Jones was once part of the pack of group-thinkers who couldn’t figure out how to get their head out of their derrieres long enough to see past their own feelings about Jackson.

Nobodys claiming every Jackson-hater got into a smoke-filled room and conspired to ruin him. Insidious conspiracies rarely require that type of meeting.

The notion of a conspiracy was no doubt shored-up by Joness own experiences in trying to get her book published and being told by those who make these decisions that they wouldn’t publish “pro-Jackson” material. Forget about ‘pro-Jackson’ material! They didn’t even want to publish factual material which makes Jackson look like anything less than a crazed molester.

On that issue, Mesereau says there is a collective embarrassment within the media — which includes the publishing world — about Jackson. He says:

I think there is a collective embarrassment in the world of media, which includes publishing, about the way Michael Jackson was treated during this trial. The reporting was extremely biased. In many ways, bigoted. It was narrow-minded. It was sensationalist. It was designed to create stories.

I think they began to spin themselves about what was happening in the courtroom.

When there was a collective gasp over the 14 not-guilty verdicts, I think they sort of went into a shell and wanted to move on to something else, and not acknowledge their embarrassment.

Further, those who didn’t know any better — many of whom kept close watch on the Jackson case through outlets like Court TV — feigned public outrage at an innocent Jackson not being convicted. The coverage by some media outlets was such that, in their mind, there was no way Jackson would be found not-guilty.

However, the stupidity of someone else is not Jackson’s fault. The information was out there to get. We got it. Many other sites got it. Honestly, the people with access to the official courtroom transcripts, like this site, MJJCommunity, and even the E! Entertainment network, all had at better understanding of what was happening and what the outcome would be if jurors followed the evidence (or lack thereof).

__Get back, witch!__
No, Mesereau never called Aphrodite Jones a witch, but he certainly kept his distance during the trial. Mesereau readily admits that he wanted absolutely nothing to do with Jones or any of her colleagues during the trial. As he says on the video:

Well, during the trial, I wouldn’t look at Ms. Jones. I wouldn’t wave at her. I wouldn’t smile at her. I wanted nothing do with her because I associated her with the media who I thought was very anti-Michael Jackson.

About a year after the verdicts, I bumped into her accidentally at an art gallery in Beverly Hills and we started chatting. I told her I wanted nothing to do with her during the trial. I didn’t like her reporting. I didn’t like what the media was doing for the most part.

Mesereau says Aphrodite Jones told him about feeling bad concerning the way the case was reported and was giving it a lot of thought about setting the record straight.

Like the good attorney he is, he didn’t simply believe those words just because she said them. He says he still wasn’t sure if he believed or trusted her, and it wasn’t until he started reading early drafts of the book sent to him by Jones that his suspicion subsided. He says:

I quickly concluded, ‘I think she’s trying to be honest’. So I encouraged her to keep sending me the drafts. If she had any factual questions, I answered them.

I also did let her interview me on a number of occasions about what happened in the Michael Jackson case. Then after seeing what she was really trying to do that I thought was quite courageous and honest, I agreed to write the forward to the book.

Speaking of suspicion, it took a while for many fans to accept that Jones wasn’t simply trying to pull a fast one. When news first broke about Jones’s book, I would estimate about 95% of the MJEOL community were not exactly accepting.

It was only after seeing reviews from others who had access to advanced copies of the book that many began to take her at face value.

__Too sensitive__
Mesereau was also asked what Jackson was like during the trial. To that, Mesereau says, “He’s a wonderful person. He’s a very sensitive, kind-hearted individual; likes to see people do well.”

He says Jackson thinks he’s made a contribution to the world and has tried to advance the cause of children around the world.

Jackson used to have a rule that before he did a concert in a city, he would always visit a children’s hospital and did his best to help children with disabilities and diseases, Mesereau says.

He always turned Neverland open to inner city kids who he felt didn’t have the opportunities that he wanted to give them at Neverland, to enjoy themselves, to have fun, to be around animals, to be around beauty. He’s a wonderful person and I think very, very highly of him.

…I think Michael Jackson is a wonderful person. Sensitive, kind, generous, very artistic, very creative, and on a mission to do something for the world which is more than I can say for a lot of people I know.

About Jackson, Aphrodite Jones wants people to ask themselves why Jackson is still being crucified. She asks, “Why are we still crucifying this man? He was found not-guilty.” And, if I may add, he was found not-guilty in such a spectacular way as to their being no doubt about his innocence based on what came out at court.

There was no way in the world the allegations could have happened the way the Arvizo family claimed. For example, there’s no way in hell these people were both being held hostage at Neverland AND also going around shopping, getting a body wax, spending Jackson’s money, going to see movies, going out to eat, and being flown to Florida on a private jet with Chris Tucker.

Jackson was acquitted not simply because of a matter of interpretation, or simple distrust of the accuser.

After such a heinous experience, will Jackson ever allow children the opportunity to visit Neverland again? Time will tell, but the more time that passes it’s looking less and less likely. And who could blame him? Neverland is a place which has been figuratively raped numerous times by vindictive authorities. Not to mention the way slime-ball conspirators who lusted for control over both it and Jackson once slithered their way around it.

With the rise of the BLOGS and independent news sites, which includes this one, publishers and talking heads aren’t solely top dog anymore. And no matter how much information they try to control or keep from the public for the specific purposes of ruining someone or to cover their own a$$es, there will always be those who search for truth no matter how many doors get slammed in their face. 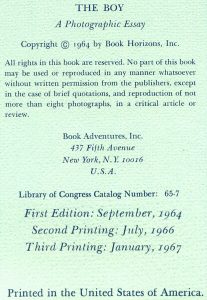 Leonard Rowe Fired by Jackson in May 2009 MiniB#75

Pathetic Accusations from Schaffel as his Case Crumbles  MB#312

Family Kept Away from Jackson by Assoc. during Crucial Timeline – MB#268