[b]Lawyers Add Defendants For Michael Jackson[/b] POSTED: 10:19 am PST March 22, 2004 UPDATED: 11:02 am PST March 22, 2004 LOS ANGELES — Lawyers for Michael Jackson will go to court Monday to add defendants to a lawsuit alleging the singer was secretly videotaped while on a flight to Santa Barbara to surrender on molestation charges. Attorney Brian Kabateck said he will file a motion to amend the lawsuit against Santa Monica jet charter company XtraJet and to name additional parties allegedly involved in the surreptitious taping of the pop star. The videotapes were supposedly taken as the entertainer flew on an XtraJet charter flight from Las Vegas to Santa Barbara to be booked on suspicion of child molestation. Kabateck said that XtraJet was offering copies of the tapes to media outlets for up to $1.5 million. A court order obtained by Jackson’s attorneys in December prevents XtraJet from attempting to sell the tapes. An attorney for XtraJet said the company turned over the tapes to the FBI, which had subpoenaed them. XtraJet officials said they found two videotapes aboard the jet that shuttled Jackson to and from Las Vegas on Nov. 21. According to reports, XtraJet executives showed the contents of a videotape taken from the plane to selected media outlets, seeking advice on whether the tapes could be sold. :nav Source: [url=http://www.nbc4.tv/news/2940544/detail.html]www.nbc4.tv[/url] :3pinned [url=http://forum.mjeol.com/index.php?showtopic=15368]Your Comments?[/url] 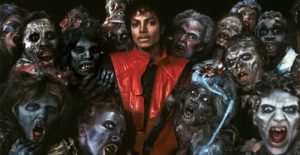