Where’s District Attorney Tom Sneddon? May 30 2004 Santa Barbara County District Attorney Tom Sneddon’s whereabouts Friday morning weren’t exactly secret.But the courtroom absence of the driving force behind the Michael Jackson child-molestation prosecution added more mystery to the already secretive proceeding. “Where’s Tom Sneddon?,” I asked two of the three deputy district attorneys who appeared to handle the pre-trial proceeding. Ron Zonen and Gordon Auchincloss looked at each other. “He’s in Santa Barbara,” Auchincloss said. “Is there a particular reason why he’s not here today?” I asked. Zonen and Auchincloss looked at each other again. “I’m sure there is,” Zonen said. “But not one that he told us.” “You don’t know?” Both men shook their heads and said they did not. Whatever kept Sneddon from court, his deputies’ response only adds to the increasingly clandestine details of the case. If prosecutors don’t even know where the boss is, how are we supposed to know what he’s up to? Too many people are keeping too many secrets. We really don’t know a lot more after Friday’s hearing than we knew at the end of the last hearing. All we’ve ever known for sure is that the 45-year-old superstar faces fierce felonies that could put him behind bars. Friday’s big news is that Superior Court Judge Rodney S. Melville set a trial date for Sept. 13. With Melville’s harsh suppression of most facts surrounding the case, I’m surprised he even told us the date – once again keeping people in the dark about serious details we all should know. Maybe Melville only told us because the date could shift. “It may be necessary to change the trial date,” Melville said in his soft-spoken, understated way. Nice, cautious and grandfatherly as Melville seems, he’s starting to get on people’s nerves. Melville is treading perilously close to what some longtime California courtroom observers say are First Amendment decisions written long ago into law to assist the free flow of public information – not to impede it. Sealing document after document, Melville continues to deprive the public of relevant information they need to determine whether the democratic system is working. How else can people gauge whether elected and appointed public officials are doing their jobs? How else can people decide how much – or even whether – to trust a powerful branch of government that’s empowered to imprison people? Melville said in court Friday that he’d consider several requests from media attorney Theodore J. Boutrous Jr. to unseal basic court documents. But he’d take his good old time doing it. Melville knew Boutrous’ requests were coming. Instead of stalling, Melville could have ruled. If the judge had decided, though, Boutrous would have quickly petitioned the appellate court for a ruling from judges who might have more respect for open government. One particularly well-versed courtroom observer said that the United States Court of Appeals for the Ninth Circuit long ago decided a major criminal case that closely parallels the Jackson case. In that landmark decision, the judges sided with the people and the press. Case law instituted by some of California’s most respected judges have time and again supported the public right to know what goes on in court. Melville has stressed that he takes very seriously his role in protecting privacy rights for Jackson’s alleged child victim as well as safeguarding Jackson’s right to a fair trial. Few people disagree with that aim. At some point, though, somebody has to tell Melville he’s wrong about his obsession with stealth. If a higher court rules against our local judge, our local court comes out looking inept. If a higher court rules in Melville’s favor, we run the risk of more uptight judges taking us down the low and fearful road to nowhere. The eyes of the world are watching the Jackson case unfold in Santa Maria. Even the prosecution has mentioned that nations exist all over the world where Jackson is adored. People in those nations expect America’s leaders to practice what they preach. The secret trial of Michael Jackson presents them with a troubling degree of contempt for the constitutional rights that advertise our liberty across the globe. Backups can cover Sneddon’s absence. Freedom’s void is irreplaceable. :cryptic * Steve Corbett’s column appears Tuesday, Thursday and Sunday. :nav Source: http://www.santamariatimes.com/articles/2004/05/30/sections/corbett/corbett.txt (subscription required)

Number Ones steadily rising at Amazon.com

Kapon Lawsuit Thrown out of Court

Michael Jackson back in U.S.; next stop, Japan 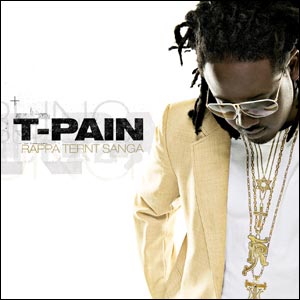