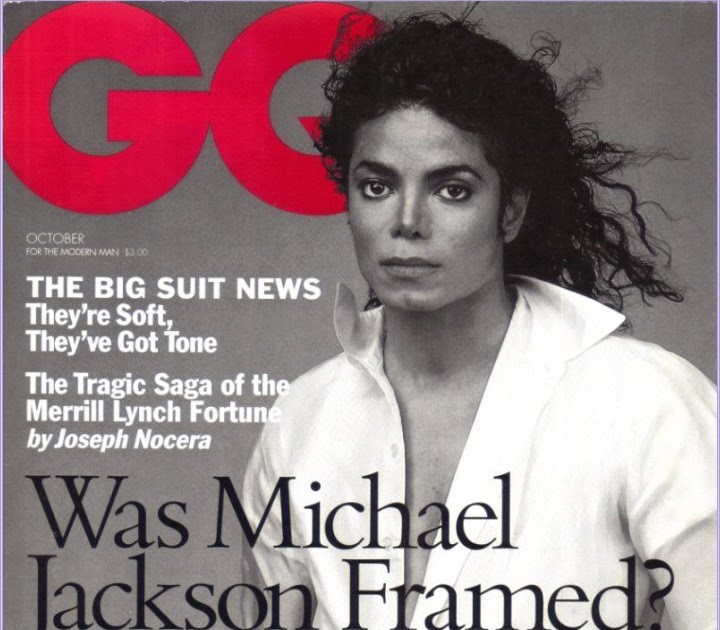 In mid-September, Larry Feldman, a civil attorney who’d served as head of the Los Angeles Trial Lawyers Association, began representing Chandler’s son and immediately took control of the situation. He filed a $30 million civil lawsuit against Jackson, which would prove to be the beginning of the end.

Once news of the suit spread, the wolves began lining up at the door. According to a member of Jackson’s legal team, “Feldman got dozens of letters from all kinds of people saying they’d been molested by Jackson. They went through all of them trying to find somebody, and they found zero.”

With the possibility of criminal charges against Jackson now looming, Bert Fields brought in Howard Weitzman, a well-known criminal-defense lawyer with a string of high-profile clients—including John DeLorean, whose trail he won, and Kim Basinger, whose Boxing Helena contract dispute he lost. (Also, for a short time this June, Weitzman was O.J. Simpson’s attorney.)

Some predicted a problem between the two lawyers early on. There wasn’t room for two strong attorneys used to running their own show.

From the day Weitzman joined Jackson’s defense team, “he was talking settlement,” says Bonnie Ezkenazi, an attorney who worked for the defense. With Fields and Pellicano still in control of Jackson’s defense, they adopted an aggressive strategy.

They believed staunchly in Jackson’s innocence and vowed to fight the charges in court. Pellicano began gathering evidence to use in the trial, which was scheduled for March 21, 1994. “They had a very weak case,” says Fields. “We wanted to fight. Michael wanted to fight and go through a trial. We felt we could win.”

Dissension within the Jackson camp accelerated on November 12, after Jackson’s publicist announced at a press conference that the singer was canceling the remainder of his world tour to go into a drug-rehabilitation program to treat his addiction to painkillers.

Fields later told reporters that Jackson was “barely able to function adequately on an intellectual level.” Others in Jackson’s camp felt it was a mistake to portray the singer as incompetent. “It was important,” Fields says, “to tell the truth. [Larry] Feldman and the press took the position that Michael was trying to hide and that it was all a scam. But it wasn’t.”

On November 23, the friction peaked. Based on information he says he got from Weitzman, Fields told a courtroom full of reporters that a criminal indictment against Jackson seemed imminent. Fields had a reason for making the statement: He was trying to delay the boy’s civil suit by establishing that there was an impending criminal case that should be tried first.

Outside the courtroom, reporters asked why Fields had made the announcement, to which Weitzman replied essentially that Fields “misspoke himself.” The comment infuriated Fields, “because it wasn’t true,” he says. “It was just an outrage. I was very upset with Howard.” Fields sent a letter of resignation to Jackson the following week.

“There was this vast group of people all wanting to do a different thing, and it was like moving through molasses to get a decision,” says Fields. “It was a nightmare, and I wanted to get the hell out of it.” Pellicano, who had received his share of flak for his aggressive manner, resigned at the same time.

With Fields and Pellicano gone, Weitzman brought in Johnnie Cochran Jr., a well-known civil attorney who is now helping defend O.J. Simpson. And John Branca, whom Fields had replaced as Jackson’s general counsel in 1990, was back on board.

In late 1993, as DAs in both Santa Barbara and Los Angeles counties convened grand juries to assess whether criminal charges should be filed against Jackson, the defense strategy changed course and talk of settling the civil case began in earnest, even though his new team also believed in Jackson’s innocence.

Why would Jackson’s side agree to settle out of court, given his claims of innocence and the questionable evidence against him? His attorneys apparently decided there were many factors that argued against taking the case to civil court.

Among them was the fact that Jackson’s emotional fragility would be tested by the oppressive media coverage that would likely plague the singer day after day during a trial that could last as long as six months.

Politics and racial issues had also seeped into legal proceedings—particularly in Los Angeles, which was still recovering from the Rodney King ordeal—and the defense feared that a court of law could not be counted on to deliver justice.

Then, too, there was the jury mix to consider. As one attorney says, “They figured that Hispanics might resent [Jackson] for his money, blacks might resent him for trying to be white, and whites would have trouble getting around the molestation issue.” In Resnick’s opinion, “The hysteria is so great and the stigma [of child molestation] is so strong, there is no defenseagainst it.”

Jackson’s lawyers also worried about what might happen if a criminal trial followed, particularly in Santa Barbara, which is a largely white, conservative, middle-to-upper-class community. Any way the defense looked at it, a civil trial seemed too big a gamble. By meeting the terms of a civil settlement, sources say, the lawyers figured they could forestall a criminal trial through a tacit understanding that Chandler would agree to make his son unavailable to testify.

Others close to the case say the decision to settle also probably had to do with another factor—the lawyers’ reputations. “Can you imagine what would happen to an attorney who lost the Michael Jackson case?” says Anthony Pellicano. “There’s no way for all three lawyers to come out winners unless they settle.

The only person who lost is Michael Jackson.” But Jackson, says Branca, “changed his mind about [taking the case to trial] when he returned to this country. He hadn’t seen the massive coverage and how hostile it was. He just wanted the whole thing to go away.”

On the other side, relationships among members of the boy’s family had become bitter. During a meeting in Larry Feldman’s office in late 1993, Chandler, a source says, “completely lost it and beat up Dave [Schwartz].” Schwartz, having separated from June by this time, was getting pushed out of making decisions that affected his stepson, and he resented Chandler for taking the boy and not returning him.

“Dave got mad and told Evan this was all about extortion, anyway, at which point Evan stood up, walked over and started hitting Dave,” a second source says.

To anyone who lived in Los Angeles in January 1994, there were two main topics of discussion—the earthquake and the Jackson settlement. On January 25, Jackson agreed to pay the boy an undisclosed sum. The day before, Jackson’s attorneys had withdrawn the extortion charges against Chandler and Rothman.

The actual amount of the settlement has never been revealed, although speculation has placed the sum around $20 million. One source says Chandler and June Chandler Schwartz received up to $2 million each, while attorney Feldman might have gotten up to 25 percent in contingency fees. The rest of the money is being held in trust for the boy and will be paid out under the supervision of a court-appointed trustee.

“Remember, this case was always about money,” Pellicano says, “and Evan Chandler wound up getting what he wanted.” Since Chandler still has custody of his son, sources contend that logically this means the father has access to any money his son gets.

By late May 1994, Chandler finally appeared to be out of dentistry. He’d closed down his Beverly Hills office, citing ongoing harassment from Jackson supporters. Under the terms of the settlement, Chandler is apparently prohibited from writing about the affair, but his brother, Ray Charmatz, was reportedly trying to get a book deal.

In what may turn out to be the never-ending case, this past August, both Barry Rothman and Dave Schwartz (two principal players left out of the settlement) filed civil suits against Jackson. Schwartz maintains that the singer broke up his family. Rothman’s lawsuit claims defamation and slander on the part of Jackson, as well as his original defense team—Fields, Pellicano and Weitzman—for the allegations of extortion.

“The charge of [extortion],” says Rothman attorney Aitken, “is totally untrue. Mr. Rothman has been held up for public ridicule, was the subject of a criminal investigation and suffered loss of income.” (Presumably, some of Rothman’s lost income is the hefty fee he would have received had he been able to continue as Chandler’s attorney through the settlement phase.)

As for Michael Jackson, “he is getting on with his life,” says publicist Michael Levine. Now married, Jackson also recently recorded three new songs for a greatest-hits album and completed a new music video called “History.”

And what became of the massive investigation of Jackson? After millions of dollars were spent by prosecutors and police departments in two jurisdictions, and after two grand juries questioned close to 200 witnesses, including 30 children who knew Jackson, not a single corroborating witness could be found. (In June 1994, still determined to find even one corroborating witness, three prosecutors and two police detectives flew to Australia to again question Wade Robson, the boy who had acknowledged that he’d slept in the same bed with Jackson. Once again, the boy said that nothing bad had happened.)

The sole allegations leveled against Jackson, then, remain those made by one youth, and only after the boy had been give a potent hypnotic drug, leaving him susceptible to the power of suggestion.

“I found the case suspicious,” says Dr. Underwager, the Minneapolis psychiatrist, “precisely because the only evidence came from one boy. That would be highly unlikely. Actual pedophiles have an average of 240 victims in their lifetime. It’s a progressive disorder. They’re never satisfied.”

Given the slim evidence against Jackson, it seems unlikely he would have been found guilty had the case gone to trial. But in the court of public opinion, there are no restrictions. People are free to speculate as they wish, and Jackson’s eccentricity leaves him vulnerable to the likelihood that the public has assumed the worst about him.

So is it possible that Jackson committed no crime—that he is what he has always purported to be, a protector and not a molester of children? Attorney Michael Freeman thinks so: “It’s my feeling that Jackson did nothing wrong and these people [Chandler and Rothman] saw an opportunity and programmed it. I believe it was all about money.”

To some observers, the Michael Jackson story illustrates the dangerous power of accusation, against which there is often no defense—particularly when the accusations involve child sexual abuse. To others, something else is clear now—that police and prosecutors spent millions of dollars to create a case whose foundation never existed.