[b]Jackson Attorneys Minimize Adult Material[/b] By TIM MOLLOY, Associated Press Writer SANTA MARIA, Calif. – Michael Jackson (news)’s attorneys asked Wednesday that prosecutors are stopped from using adult material found on computers as evidence in his child molestation trial because it is not relevant. The judge indicated he will likely agree with the request. “I have some severe reservations about allowing you to put this on,” Superior Court Judge Rodney S. Melville told prosecutors, though he did not immediately issue a ruling. The issue was taken up without the jury present, following Jackson’s arrival well ahead of the trial start time. Jackson, who has been late to court previously while being treated for what has been described as back pain, arrived about 20 minutes early. He acknowledged a “We love you, Michael” shout from a fan by waving, and walked slowly inside without leaning on others as he has at times. His attorney Robert Sanger told the judge that prosecutors provided the defense with the computer evidence Tuesday and none of it was relevant because it has not been directly linked to Jackson or to the period in which he spent time with the boy who has accused him of molestation. … Sanger said the materials date to 1998 or late 2003 and were automatically cached by the computers. That means the images were automatically saved by the computers but that the user did not deliberately download or save them. They could have been saved when the user visited a Web site or opened e-mails, Sanger said. “It’s heterosexual material and it is not directly related to the case,” Sanger said. “The issue of who accessed the material is totally unresolved.” Prosecutors contend Jackson showed adult material to his accuser and the boy’s brother. They said the dates on the material could be wrong and that it establishes a pattern. One of the online names was “Marcel Jackson,” which prosecutors suggested was an alias of Jackson. Sanger noted that Jackson has a cousin who sometimes goes by the name Marcel, although the attorney noted that he wasn’t saying the cousin downloaded the material. … Source: http://story.news.yahoo.com/news?tmpl=story&cid=487&ncid=762&e=1&u=/ap/20050323/ap_en_ot/michael_jackson 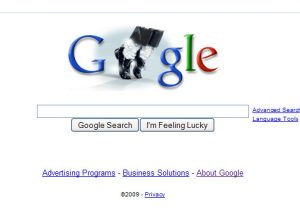