Today: March 30, 2005 at 11:44:02 PST [b]Former Jackson bodyguard pleads not guilty to Vegas robbery spree[/b] By CHRISTINA ALMEIDA ASSOCIATED PRESS LAS VEGAS (AP) – A former bodyguard for Michael Jackson and potential witness in the pop singer’s child molestation trial pleaded not guilty Wednesday to charges he carried out a series of armed robberies in the Las Vegas area. Christopher Eric Carter, 25, appeared in Clark County District Court on charges of kidnapping, burglary, robbery, coercion and possession of a firearm by an ex-felon. [b]Carter is accused of robbing several businesses, including a toy store in January. He also is being investigated for a series of bank robberies, according to Deputy Clark County District Attorney Susan Krisko, who argued against reducing his bail. Krisko told the judge that Carter has confessed to the robberies and a “conviction is likely.”[/b] Judge Donald Mosley denied defense requests to reduce Carter’s $265,000 bail and refused to hold a hearing on whether Carter should be transported to Southern California to testify in the Jackson trial. “He may be transported to California as long as it is done in a secure manner,” Mosley said. [b]If forced to testify in California, Carter will take the Fifth Amendment, his lawyer Lloyd Baker said outside court. “Saying anything (there) could affect his case here,” Baker said. Baker indicated he will appeal to the Nevada Supreme Court to seek a hearing on the transportation issue. During the brief court hearing, Baker argued that being compelled to testify in Jackson’s case would affect Carter’s ability to prepare for his own trial.[/b] Southern Nevada prosecutors have said they intend to comply with a request from Santa Barbara County District Attorney Tom Sneddon to have Carter appear as a witness early next month. Earlier Carter appeared before a grand jury in the Jackson case. … Carter, who worked as a bodyguard for Jackson from August 2002 to August 2003, was expected by prosecutors to testify that he once found the boy inebriated and that the boy told him Jackson had encouraged him to drink alcohol. In Las Vegas, Carter waived his right to a speedy trial, and the judge set the case for trial on April 3, 2006. Carter was arrested Feb. 19 after police said they searched his mother’s house and found a handgun they believe was used in the robberies. Carter’s parents were in court Wednesday but did not speak with reporters after the hearing. In 2000, Carter was convicted in Maryland of possession with intent to distribute a controlled substance. Carter works as a caregiver for $11 an hour, his lawyer said. Source: http://www.lasvegassun.com/sunbin/stories/nevada/2005/mar/30/033010061.html 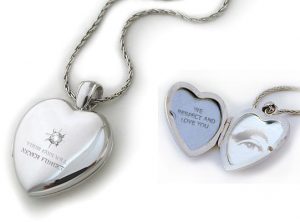 Accuser’s Mother Given Credit Card; Left Neverland then came back