[b]Former Jackson Employee Disputes Charge [/b] By TIM MOLLOY, Associated Press Writer A former employee of Michael Jackson’s Neverland ranch took the stand Monday to dispute the testimony of a maid who claimed the pop star inappropriately touched actor Macaulay Culkin and other boys. Francine Contreras, who worked at the ranch from 1991 to 1993, said that while working with maid Adrian McManus she never heard her say anything bad about the singer. The testimony began the first full week of the defense case, which has already featured two young men who testified last week that as children they slept with Jackson and were not molested. Their mothers said they trusted the singer enough to let their sons sleep in his bed. Jackson arrived shortly before testimony resumed, escorted by an aide carrying an umbrella, and accompanied by his parents and brother Jermaine. McManus testified for the prosecution that she saw once Jackson kiss Culkin on the cheek while his hand was on Culkin’s bottom. She described similar scenes with other boys. Culkin, a regular guest at Neverland in the early 1990s, was expected to be among defense witnesses, though there has been no indication when he might be called. The “Home Alone” star is now 24. McManus’ credibility was attacked by the defense, which showed that she and her husband were found to have defrauded three children of more than $30,500. In another lawsuit, she was assessed $30,000 for stealing a sketch of Elvis Presley by Jackson and selling it to a tabloid. Contreras also said McManus took some toy squirt guns from Jackson’s home. But the prosecution sought to challenge Contreras’ character by asking if she had been prosecuted for stealing at her subsequent job at a department store. Contreras said she was prosecuted for trespassing, not stealing. … Source: http://news.yahoo.com/news?tmpl=story&u=/ap/20050509/ap_on_en_mu/michael_jackson

Message From Michael Jackson Re Party in Berlin – MJJSOURCE 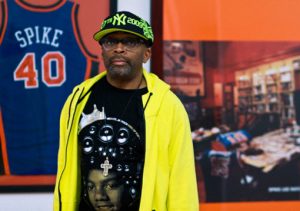