Posted on Wed, May. 11, 2005 [b]Defense video lets jury hear Jackson without taking the stand[/b] LINDA DEUTSCH Associated Press SANTA MARIA, Calif. – Michael Jackson’s jury listened to him Wednesday as he gave a soul-searching account of his troubled childhood, answering those who call him weird and expounding on his love for performing and for children. “I’m not a nut,” Jackson said in a videotaped interview. “I’m very smart. You can’t come this far and be a nut.” The more than two-hour video appeared to be the defense team’s secret weapon, a potential substitute for him taking the witness stand in his child molestation trial. His spokeswoman declined to say if that was the plan, saying it was too early for such decisions. Judge Rodney S. Melville allowed the defense to use the tape over the objections of the prosecution. The tape was made by Jackson’s videographer as journalist Martin Bashir was making his documentary, “Living With Michael Jackson.” It included large segments that did not appear in the documentary. It provided a showcase for Jackson to explain his love of children, his decision to build his Neverland ranch fantasy park and his feeling at times that he was safer with children than adults – all without cross-examination. “I haven’t been betrayed or deceived by children,” he said. “Adults have let me down.” The tape showed Bashir effusively complimenting Jackson and leading him to believe the documentary would benefit him. However, the documentary, in which Bashir raised intense concerns about Jackson’s relationships with children and abilities as a parent, brought down a storm of criticism and led to the charges in the current court case. At a point in the tape when Jackson asked why people don’t speak of his good works with children, Bashir replied, “That’s because people are scum. Nobody comes here and sees it, but I was here and saw it and it’s spiritually inspiring.” At another point, Bashir said, “I wonder how an artist like you, who is writing the music of our lives, why people are so quick to criticize you.” “That’s what’s so painful,” Jackson responded, “to put your heart into giving joy and having people be so cruel. … Why hurt the guy that wants to bring sunshine into your life. I don’t understand.” [b]Jackson added, “There’s always some jerk, some mean-spirited person that wants to bring you down.”[/b] He said that from the time his records began zooming to the top of sales charts, “They started calling me weird, whacko, a girl, homosexual. They said, ‘He wants to buy the Elephant Man bones, he sleeps in a hyperbaric chamber.’ None of it is true. It’s jealousy.” Bashir had spent several months with Jackson and traveled with him by the time the interview was recorded in 2003. The latter portion of their talk dealt with Jackson’s odd behavior in Germany where he held his baby over a railing for fans to see and took his two older children to the zoo where they were caught in a near riot. Jackson offered no apologies, saying his behavior with the child was blown out of proportion. “I was holding that baby strong, tight. …The press manipulates everything. … This is my child. I can do what I want with it as long as I don’t harm the child. I didn’t realize he was over the railing,” Jackson said. The video was played just after actor Macaulay Culkin testified that Jackson and he became friends on the basis of their shared experience as child stars. On the video, Bashir asked about Jackson’s relationship with Elizabeth Taylor. Asked what he meant, Bashir said, “They say two crazy people get together.” “That’s rude,” said Jackson. “Why not be nice to an older lady that had the same life. We’ve been through the same things. She’s a little girl inside. She’s a wonderful person.” Then he remembered another star. “It’s like when I met Shirley Temple for the first time,” he recalled. “She said, ‘You’re one of us, aren’t you?’ And I said yes.” Source: http://www.mercurynews.com/mld/mercurynews/news/breaking_news/11622813.htm

Actor Macaulay Culkin Testifies Jackson Did Not Molest Him 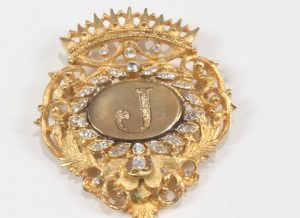