Family Kept Away from Jackson by Associates during Crucial Timeline – MB#268 MAY 20 2005 — Defense witness Azja Pryor testified yesterday in the Michael Jackson trial. She was Chris Tucker’s girlfriend at the time they knew the Arvizo family. To suggest that Pryor’s testimony was simply a ‘help’ to the defense is an unbelievable understatement. Not only did the defense get to knockdown the “hostage”/”conspiracy” charge, but they also got to address the molestation allegation through Pryor’s testimony. Pryor testified that in early March 2003, Janet Arvizo complained to her the Arvizo children were actively being kept away from Jackson by associates of Jackson. This is an enormous bombshell because, if you remember, the prosecution is alleging that this is the time the alleged “molestation” was supposed to have happened with the accuser sleeping in Jackson’s bed and the brother allegedly witnessing it. The obvious conclusion to draw is how in hell could Jackson have molested this kid if they were being kept away from him? That’s a question pro-prosecution pundits have absolutely avoided thus far because it directly attacks the molestation allegation. An Associated Press (AP) report dated May 19 2005 titled “Jackson Witness Testifies on Inaccuracies” provides a bit more detail. From that report:

Azja Pryor, a Hollywood casting assistant and the girlfriend of movie star Chris Tucker, said the mother complained to her in early March 2003 that two German associates of Jackson had stepped in to keep her family away. “I asked, ‘Does Michael know anything about this?’ She said, ‘They won’t let us around him because they know the children tug at his heart strings,'” Pryor testified. The time period she cited is critical because prosecutors allege Jackson molested the then-13-year-old accuser between Feb. 20 and March 12, 2003. (see Jackson Witness Testifies on Inaccuracies)

If you remember, Jacksons then-attorney Mark Geragos appeared on that 60 Minutes interview with Ed Bradley. Then, he said there were precautions put in to ensure that Jackson wasnt alone with the Arvizo kids based on the bad vibes they got from the accusers mother. But this is yet another defense witness who, through the facts in their testimony, set the Arvizo’s away from Jackson; or at least not around him during the time period Gavin Arvizo claimed he was sleeping in Jackson’s room allegedly getting “molested”. Another one of those witnesses was the adorable 12 year old Rijo Jackson who testified yesterday he was assigned to the same guest suite as the Arvizo brothers during that crucial timeline. At one point, R. Jackson talks about seeing them under the covers in the guest suite masterbating while watching a movie with naked women on TV. R. Jackson, who was 10 at the time, also revealed that one of the brothers solicited him to engage in the sex act with them. He was so spooked that he left the guest suites, and told his sister Simone Jackson. It was S. Jackson who told Rijo to go to Jackson’s bedroom suite. That’s where Rijo slept instead. A little side-note about Simone: She, too, repeatedly slept in Jackson’s bed up until she was about 8 or 9. This further crushes the prosecution notion that “only little boys” are allowed to sleep in Jackson’s room. Pryor, appearing to be torn over this whole situation, testified yesterday the mother called her repeatedly during the important timeline, would have long conversations with her, and never said anything about being held hostage or being threatened by anyone. From that same AP report:

Pryor smiled as she told Jackson attorney Thomas Mesereau Jr. that the accuser’s mother never told her she had tried to escape from Neverland. “Why are you smiling?” asked Mesereau. “It’s Neverland,” said the witness. “I don’t know who would ever want to escape Neverland.”

Of the Brazil trip, Pryor says the mother was excited to go. So much so that she even invited Pryor to come along. She told Pryor they were going for Carnival and Pryor accepted the invitation from Arvizo. From a CNN report titled Friend: Accuser’s family never complained about so-called captivity:

Pryor said that during conversations in February 2003, the mother was enthusiastic about going to Brazil, telling her that Jackson and his family were also going. She said the mother even invited her to go along. “She told me they were going to Brazil for carnival,” Pryor said. “I said, ‘Sure, I’d love to go.'”  Pryor said that in a phone call in March, the mother told her the trip had been canceled, and she did not seem upset by the change in plans.

This is far from the version Arvizo told on the witness stand. She outright denied telling Azja Pryor anything like that. Also contrary to what the mother told the jury, Pryor testified the mother was eager to do the rebuttal interview. This actually corroborates what Christian Robinson testified to as well. Robinson actually interviewed the family for that rebuttal interview. Pryor says Janet Arvizo wanted to set the record straight about the wonderful relationship she had with Jackson. She also testified that J. Arvizo was angry Bashir didnt get her permission to show her kid in that documentary and upset at the media glare. According to the CNN report, there was anger that Bashir took the friendship between Jackson and her son out of context. J. Arvizo never told Pryor anything about being held hostage or having to memorize a script during that time. They were in contact throughout this entire period of time, by the way. According to a report from the Santa Maria Times titled Larry King barred from testifying for Jackson defense another interesting tidbit came out through Pryors testimony concerning J.C. Penney. Pryor testified she was never told about the $152,000 settlement the family got from JC Penney. Knowing this information may have put the mothers woe-is-me stories in perspective. During that JC Penney altercation, the family accused the guards of beating them and breaking the accusers arm. Not only was Pryor NOT told about the money, but she also says she was told the accusers broken happened while playing in a baseball game. The mother may have also falsely claimed bruises she got — allegedly, from her husband at the time — were also products of the guards. It is not a stretch to say the family fabricated evidence in the JC Penney case in order to increase the chances of either winning the lawsuit or getting a settlement. According to courtroom observers, the prosecution couldnt lay a finger on her under a very short cross-examination. They, instead, could only ask how she felt about the children __No King, but Damage Already Done__ After a 402 hearing earlier yesterday, the judge ruled not to allow Larry King to testify in front of the jury. King had a conversation with Larry Feldman, the attorney who represented the accusing family. Though King won’t be able to testify in front of the jury, it is now out in the public that Larry Feldman told King the accuser’s mother was in this for the money. Talk about devastating! King says Feldman called the mother a “wacko” and said he really didn’t want to represent her. Now, in a “case” where this judge has damn near allowed the prosecution to throw in everything AND the kitchen sink, some are puzzled as to why King’s testimony isn’t relevant to the events. According to reports, Feldman previously testified he never told anybody that the mother was in this for the money. This would seem to be perfect impeachment testimony of Feldman. Why the judge “appears to be protecting him” on this issue is “quite confusing”, say some observers. Others say that King’s testimony may fall under the category of ‘hearsay’. However, it’s not just the mother who was a witness in this trial, but Feldman as well. And, as a witness, Feldman’s truthfulness (or lack thereof) should also be an issue. Feldman flat out denied he had ever met with Michael Viner  another witness present at that meeting with King who confirms Kings version of events. Either way, Feldman’s credibility as a lawyer is shot and — if he isn’t careful and depending on when he officially started to represent her — the accuser’s mother could turn around and sue Feldman for breaking the Attorney/Client privilege depending on the full details of what he said to King. Or maybe shell sue him for defamation of character. Wouldn’t that be serendipitous? Stay tuned. -MJEOL (This Bullet could be updated with more info as it becomes available) 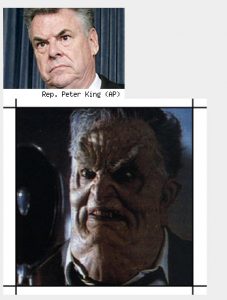