Delayed Court Doc Reveals Startling Info – HOT DOC / MiniBullet #20 In a court document not released until June 2 2005, but stamped April 20 2005, reveals starting information about the accuser’s sister, Davellin Arvizo. I guess this doc just so happened to get delayed..for months by the court..until after the trial was over. The defense motion is in relation to Manuel Ramirez, who was Davellin Arvizo’s boyfriend at the time in the summer of 2003, and Carol Lemere. According to the court doc, Arvizo moved into Ramirez’s house and had a shared bank account with him in the summer of 2003; right around the time they started making allegations against Jackson. The defense wanted Ramirez to testify concerning vital information he had about the Arvizo family. Also according to the doc, Davellin Arvizo told Carol Lemere some very interesting and damaging things about Janet Arvizo. Excerpt from the court doc:

Davellin told Ms. Lemere that: (1) Janet Arvizo physically abused the Arvizo children; (2) Janet Arvizo taught the Arvizo children to shoplift and this is what took place during the J.C. Penney incident; and (3) she did not get along with her mother. (An interview of Carol Lemere by defense investigator, Scott Ross, is attached as Exhibit A.) The defense investigation has demonstrated that Davellin Arvizo made exculpatory statements to Angel Vivanco, a Neverland employee with whom Davellin maintained a relationship with during and after her time at Neverland. This relationship occurred during February through April of 2003, just prior to her relationship with Mr. Ramirez. Davellin told Mr. Vivanco that: (1) she did not get along with her mother; and (2) her mother was planning “something big” with regard to Mr. Jackson and that she did not wish to participate in these plans. We have reason to believe that Davellin Arvizo made similar exculpatory statements to Manuel Ramirez. We have further reason to believe that Davellin Arvizo moved out of her mother’s residence, and into Mr. Ramirez’s home, due to her initial unwillingness to participate in her mother’s plan to make false allegations against Mr. Jackson. (pg 2-3)

Wow. Well this isn’t the first time we’ve heard the allegation of the mother abusing the children. This family has a history with the Dept of Children and Family Services. According to a report from NBC(MSNBC), years ago Gavin Arvizo broke down and told one of his teachers that his mother was beating him. The teacher — teachers being mandatory child abuse reporters — contacted the DCFS. They began an investigation and the boy recanted his abuse allegations (see Accuser has history of changing his story). This is the not the first allegation of abuse leveled concerning this family. During their divorce, the mother once accused the father of sexually abusing one of the children. And the mother tacked on a sexual abuse allegation over a year after her initial filing of a lawsuit against JC Penney. So not only does this family have a history of leveling abuse allegations all over the place, but if Lemere is to be believed, there may have been something to that original physical abuse allegation against Janet Arvizo after all. The interview done by the defense investigator with Carol Lemere was done Nov 12 2004. Lemere met the family through a tap school owned by Arlene Kennedy. According to Lemere (and Brett Ratner in a previous interview with Fox), the mother was rarely there when Gavin Arvizo was in the hospital because she was seen as “disruptive”. We’ve even had testimony in this trial from the paralegal Mary Holzer who once talked about an episode where Janet Arvizo threw herself down on the floor, kicking and screaming, and calling the doctors “the devil” when she was taken to get check out medically for that JC Penney civil case. In that interview with a defense investigator, Lemere says Arvizo was seeing another guy when she was still married to ex-husband David Arvizo. She says Davellin Arvizo started living with her at one point. Also according to Lemere, Davellin A. relayed how Janet A. would beat her with a cord sometimes in the middle of the night. And unlike what Arvizo would later claim, according to the sister, it was Janet A. who would go after the biological father; hitting him:

She would tell stories about being awakened at 2:00 in the morning by Janet; being beaten with a cord by their mother; and being forced to clean the house. [Davellin] also would tell how Janet would hit their father, David. Ms. Lemere said that [Davellin] would cry constantly and indicated that Janet would hit the children, all three of them. She was concerned about the behavior displayed by Star, indicating Star would flirt with grown women in an “unnatural manner.” Each time Davellin appeared at the house, she would have new stories about Janet and at one point in the summer of 2000 said that they were going to get a big house in the Hollywood Hills. She had no idea what that meant.

A house in the Hollywood Hills? Could that be with the money they were initially expecting to get from JC Penney? Or the money they were systematically scamming out of a number of celebrities who were donating for non-existent medical bills? Also, according to Lemere, Janet A. would also tell Gavin A. how he was “going to die” and that she actually “started to make preparations for his funeral” (pg 9). Lemere says it was David, the biological father, who would repeatedly tell him he would be fine. Lemere says Davellin would be “very upset about Janet trying to bury Gavin before he was dead” (pg 9). Janet A. also, according to Lemere, claimed she was jumped by “a black guy” and proceeded to describe the assault with the same allegations she used against the JC Penney guards. Coincidence? Of course not. From the doc:

With respect to the JC Penney incident she believes that this was a coordinated shoplifting attempt that went bad and Janet saw an opportunity to turn into a money making venture.

Lemere also says Gavin A. was already very computer literate and would already know how to surf the internet before they met Jackson. At trial, the accuser and his brother claimed Jackson and Frank Tyson showed them how to use the computer and how to access porn sites. They also testified under oath that they didn’t know how to use computers until they were shown by Tyson and Jackson. Lemere called the kids “trained con-artists” because they had all flipped the stories now to say that it was the father abusing them; that it was the father who had molested the children. Remember in a pre-trial hearing the mother, during her testimony, pointed a finger at someone in the audience claiming they were “bothering her”? Well she was referring to Lemere because Lemere was in the courtroom during that testimony; although the only thing “bothering” her was simply Lemere’s presence. And there’s more. Just read through the court document. You can download it in pdf form here: http://www.sbscpublicaccess.org/docs/ctdocs/042005mjoppdaqshramirez.pdf Or you can click over to pages 2 and 3 to see the image files. [pagebreak] 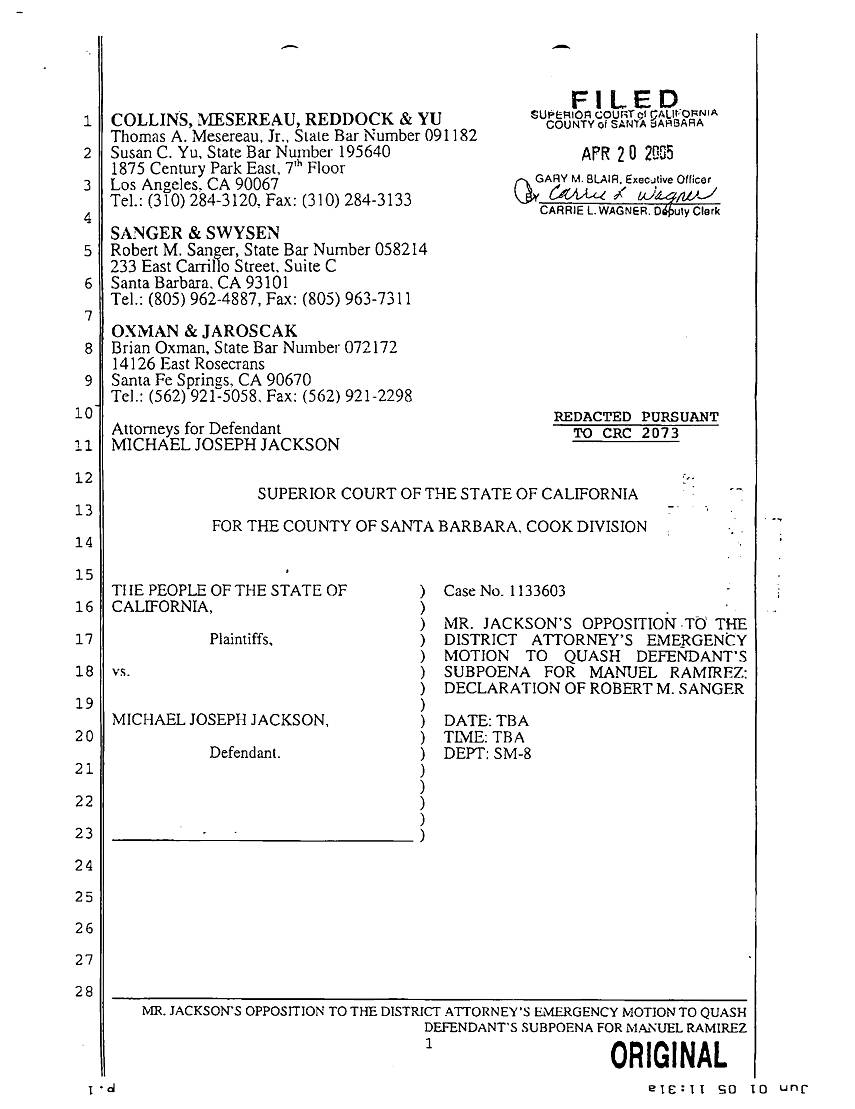 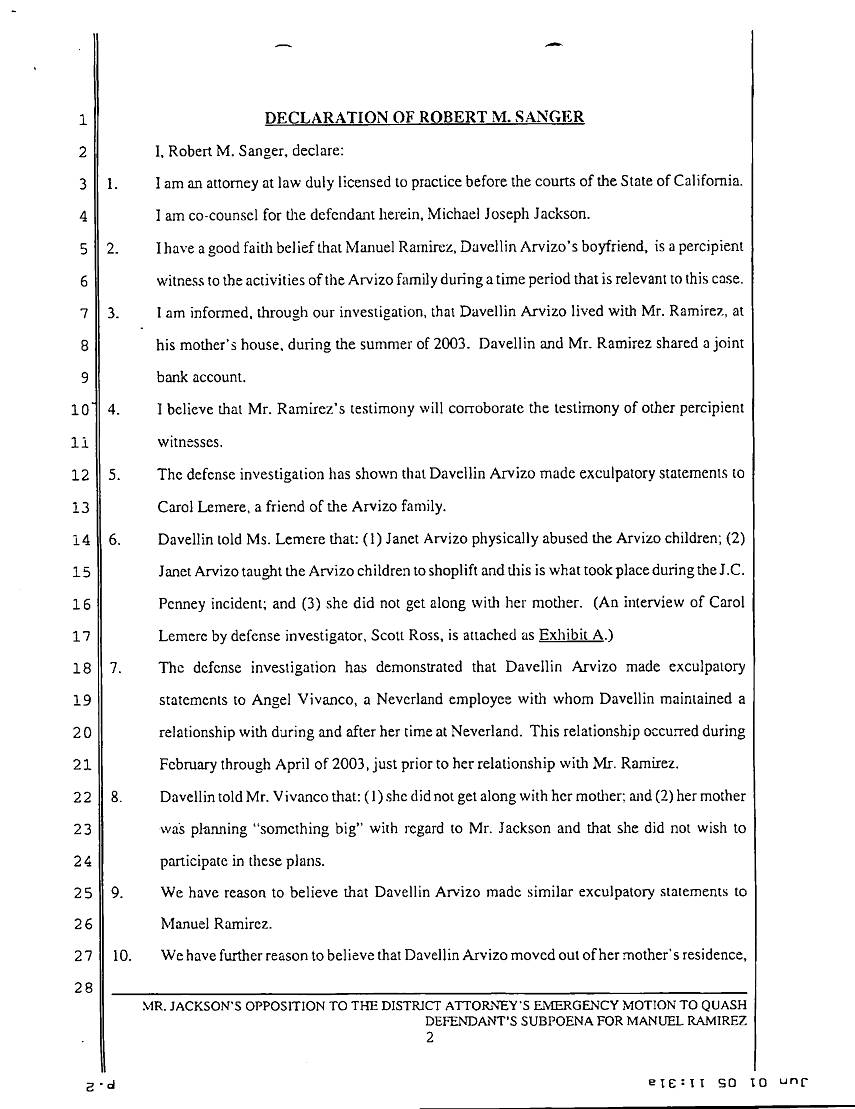 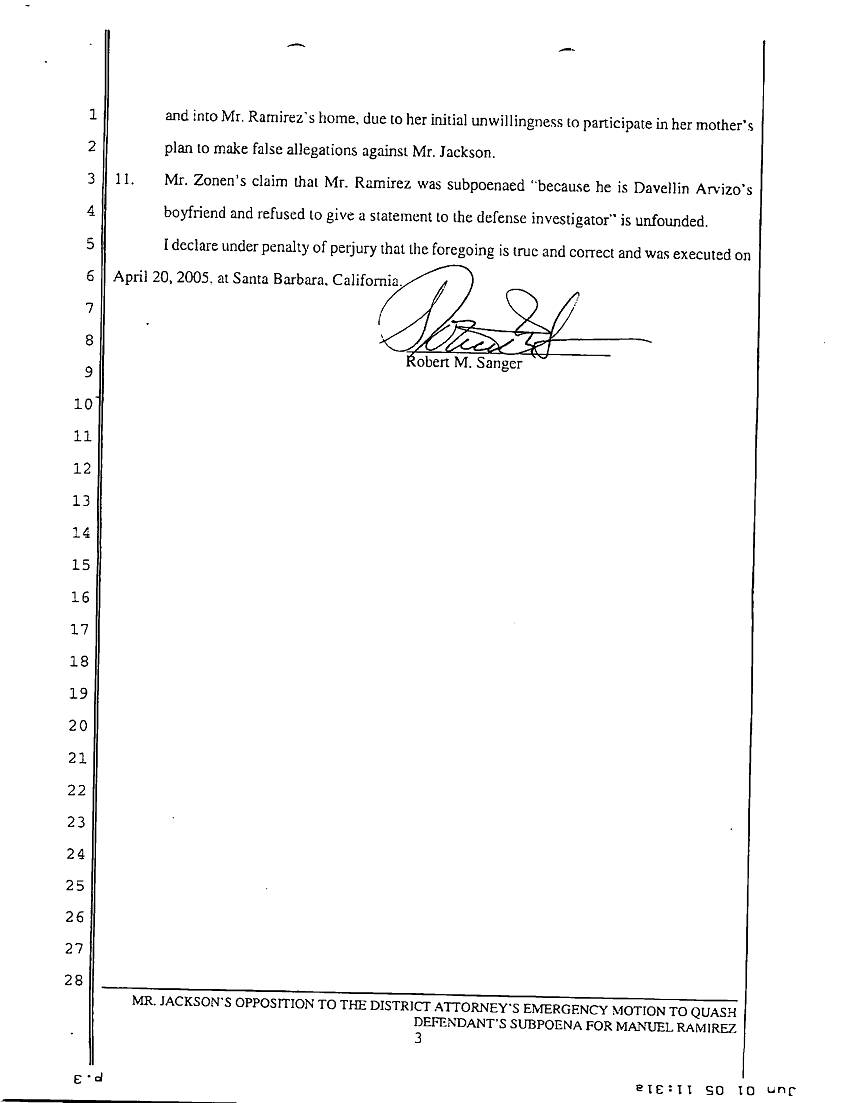 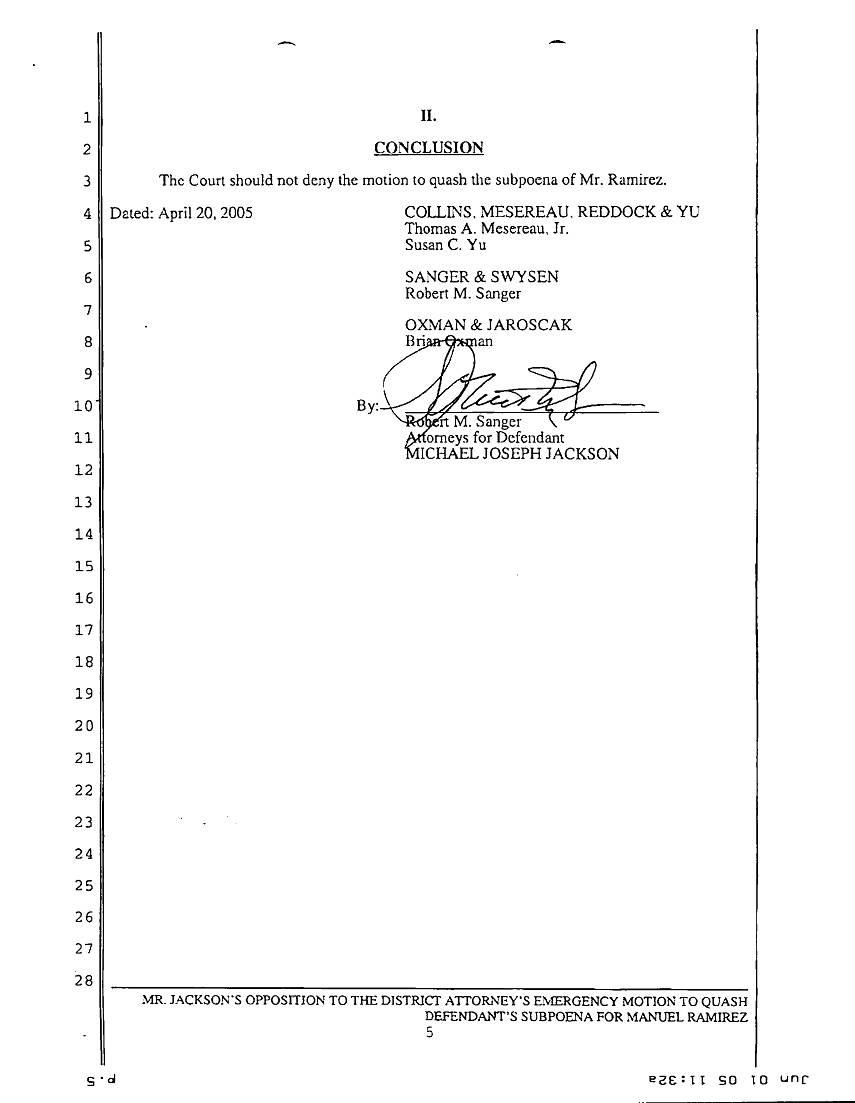 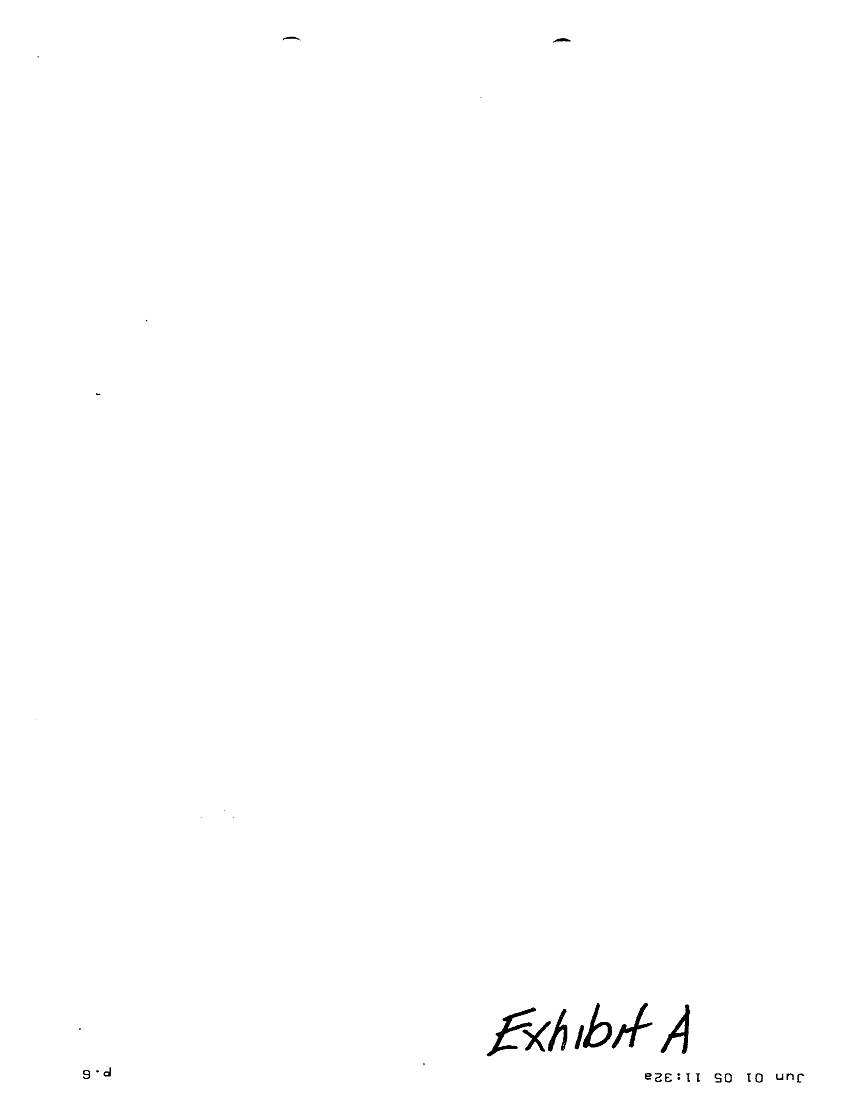 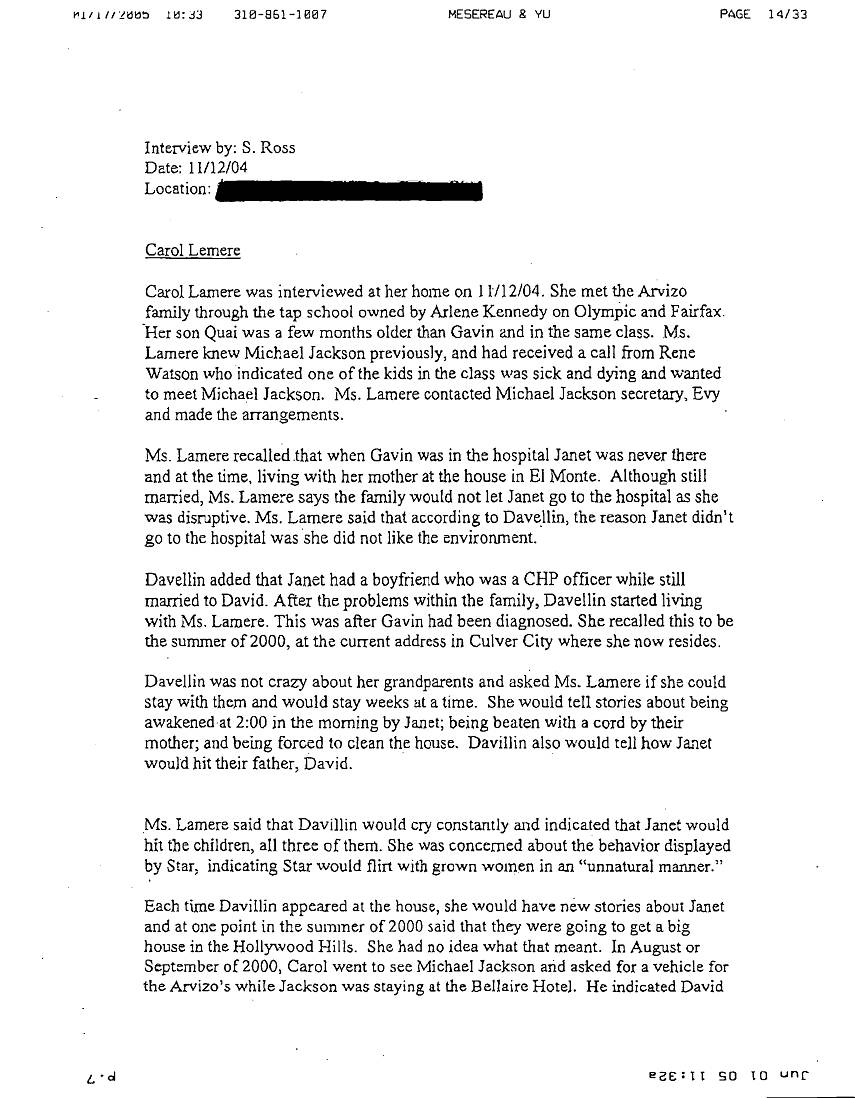 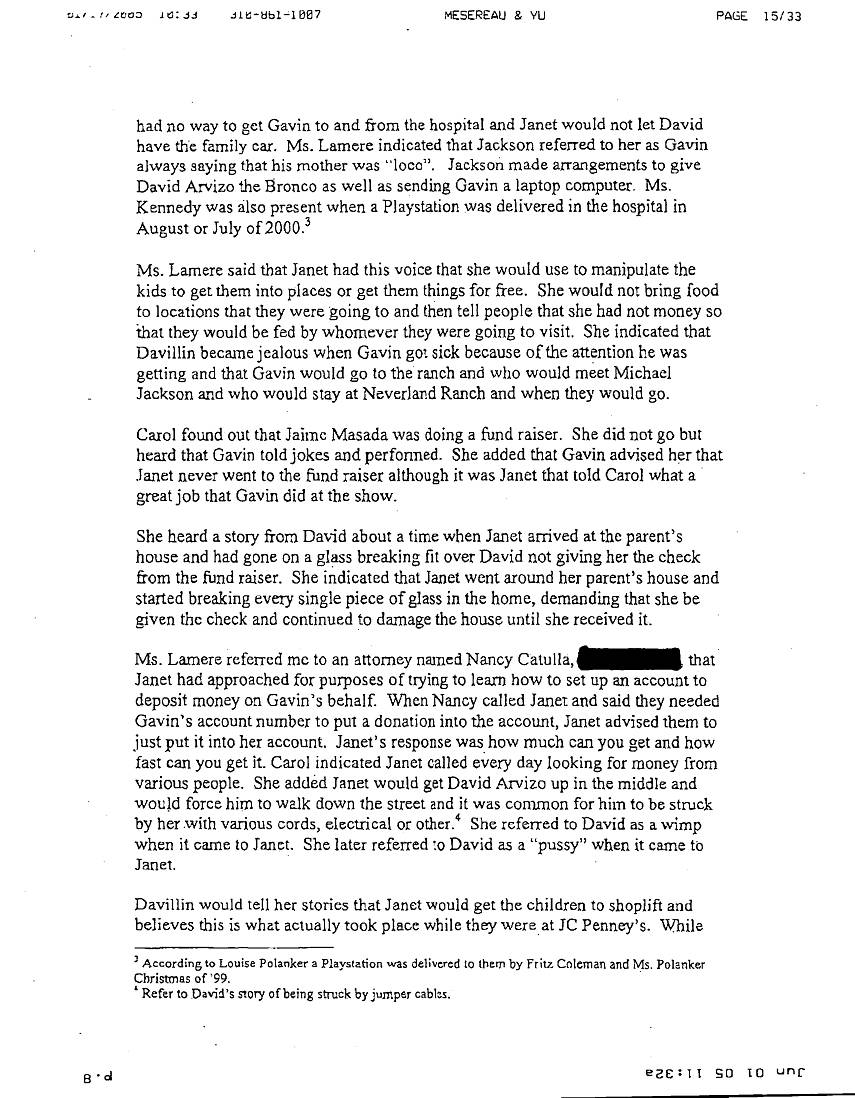 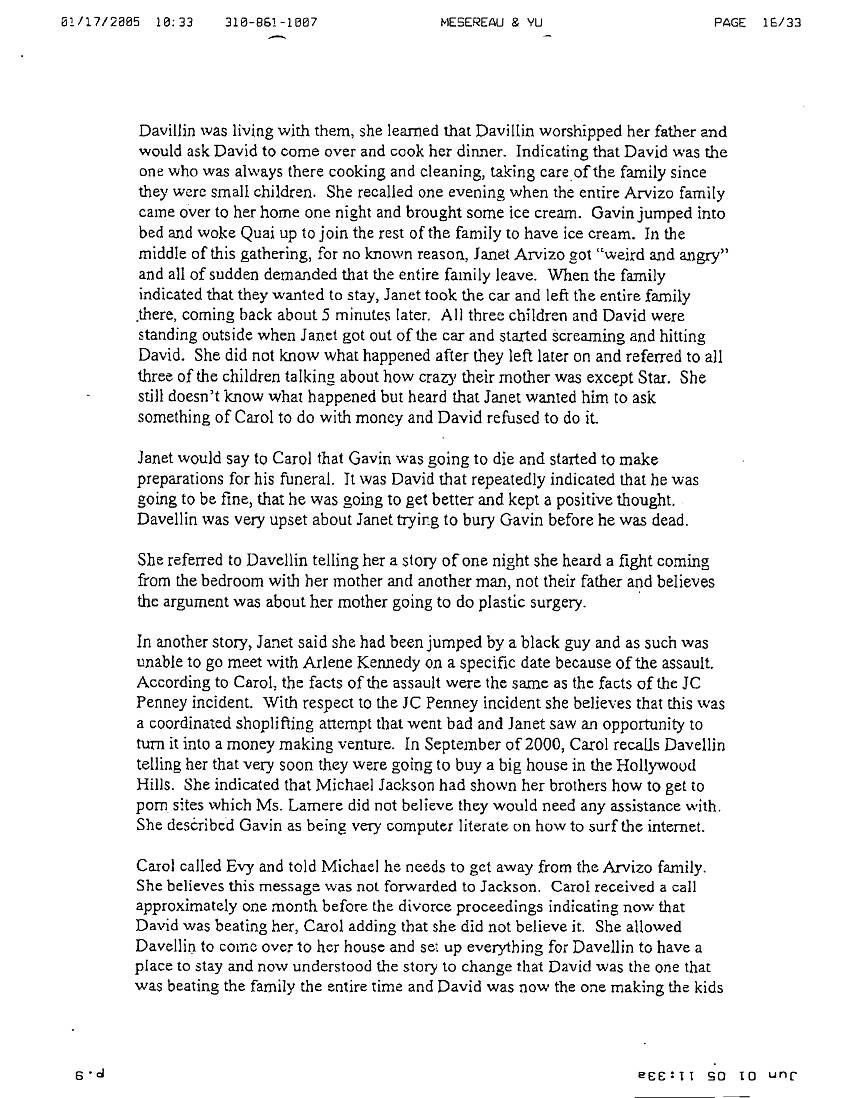 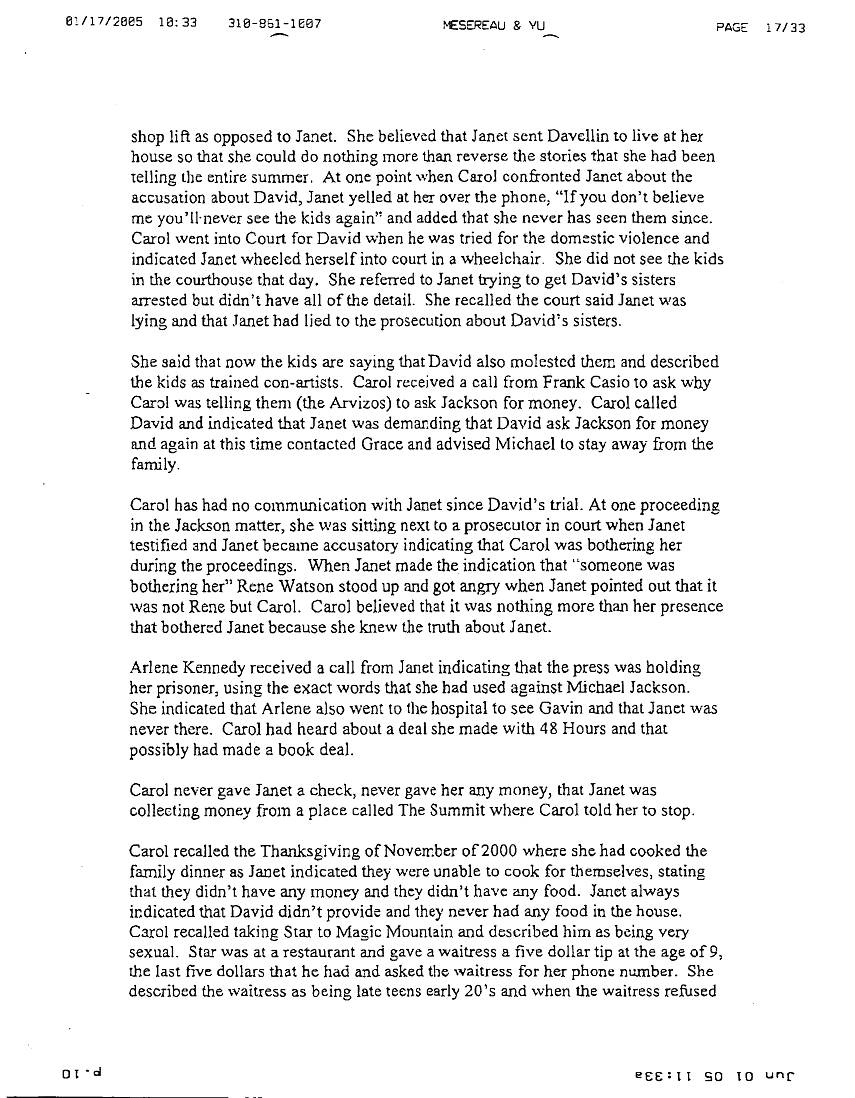 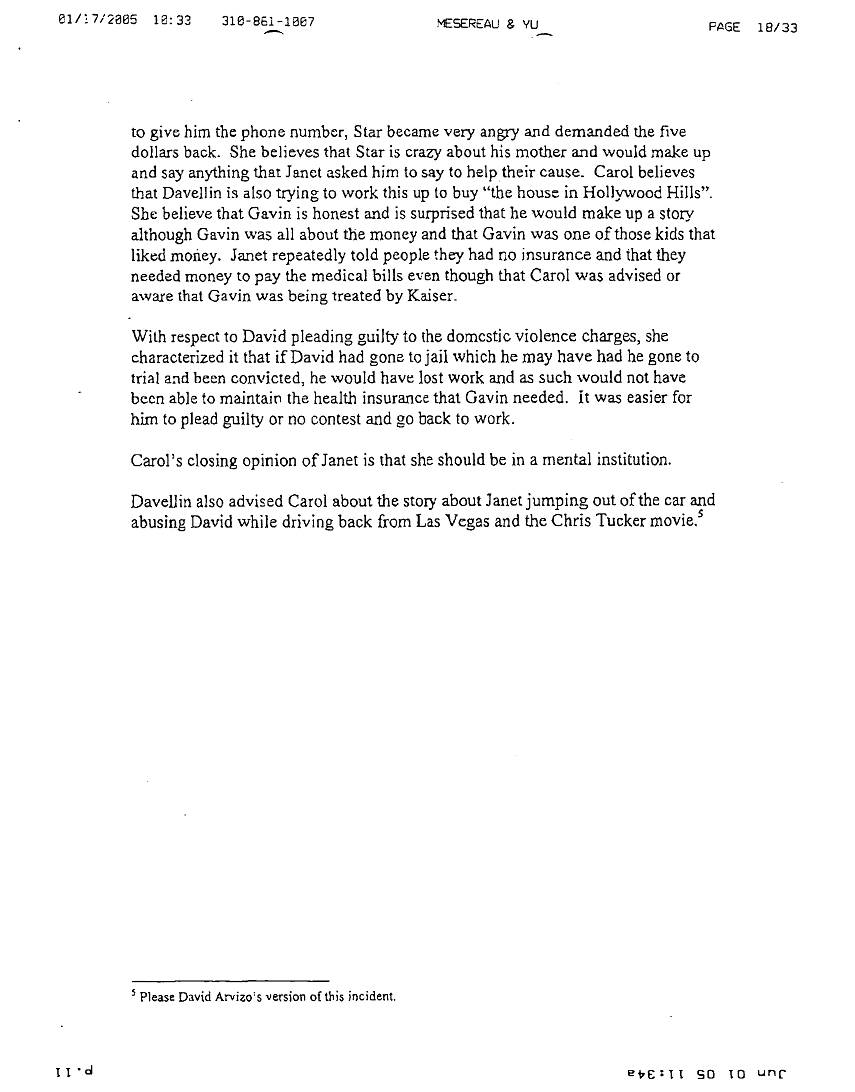 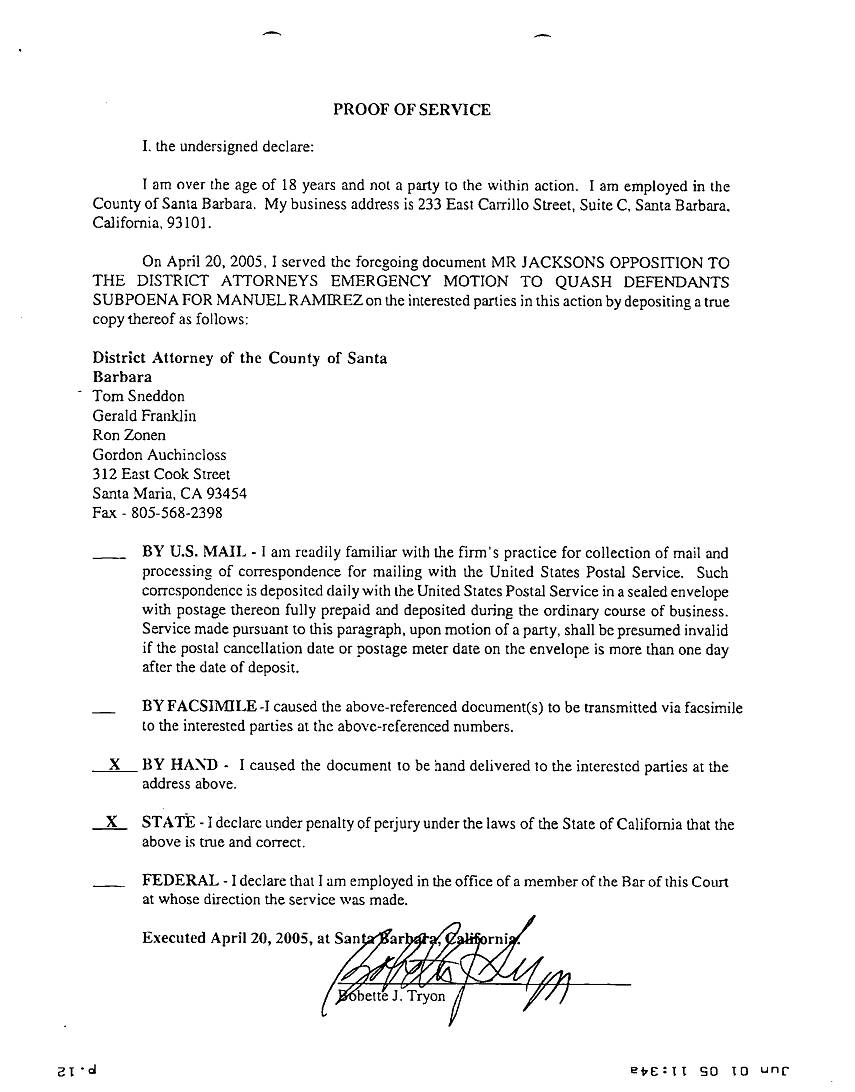