Jermaine Explains It All By Bruce Britt Posted July 7, 2005 — (Los Angeles) — During an exclusive BET interview conducted at the Jackson family compound, singer Jermaine Jackson broke into tears as he recalled his familys tense drive to the courthouse to hear verdicts in Michael Jacksons recent child molestation trial.

Were five guys from Gary, Indiana, who worked very hard (and) havent forgotten where we come from, Jermaine said. (We) never knew that the system would work against us. Jermaines comments were among many revelations the singer shared during the exclusive interview.

Sitting in the ornately furnished home where he spent the latter part of his childhood, Jermaine gave BET a behind-the-scenes peep into his brothers recent legal battles, including — THE MINUTES BEFORE THE VERDICT Jermaine wept as he recounted the nervous moments before the King of Pop learned his fate.

I heard from my sister Rebbie that (Michael) read a few scriptures, and he was stomping his leg into the car saying, why?

— THE MINUTES FOLLOWING THE VERDICT According to Jermaine, the King of Pop sought comic relief immediately following his exoneration. He had a sandwich and he put on The Three Stooges, and he just laughed, and it just was some positive entertainment and the family came up. We hugged, and we talked It was very, very tough, because he had done something that I dont think I could have done. He stood up, and he held his head up all that time.

— MICHAELS CHARITY PLANS Despite the trial, Jermaine said that Michael will continue to support children and charities. (Michael) will still give, but he will give from a distance. He will put layers before him and just make it harder But he will still give, cause he was blessed with the talent to give.

— BITTER LESSONS LEARNED FROM THE TRIAL The lesson to be learned is that we live in a society that (is) not a democracy. (Its) almost like the outer wrapping of a sandwich. It shows every bit of the democracy, but when you bite into it, its every bit of a dictatorship.

— FAMILY ADVICE Jermaine said his family has advised Michael to keep a healthy distance from strangers. The advice that hes gotten from all of us is you just cant get too close to anyone Because everybody that pats you on your back is not your friend.

— THE DAMAGE TO MICHAELS LEGACY Jermaine believes Michael is the victim of a news media that intentionally smears black celebrities. Theyre going to try to tag him with this formerly child molester or Michael charged with child molestation, no matter what he does. But they want to label him that, just like they did with Michael Jordan with the drink and just like what they did with the gambling, just like they did with Mike Tyson… They want to get you, so when you go back in time in history, and a (black) youth looks up Michael Jackson or Mike Tyson, that part is written alongside of his name.

— MEDIA MANIPULATIONS Jermaine detailed how some in the media creatively muzzled the family. Ive been in situations where I wanted to talk freely (about Michael), and producers of shows (said), no, you cant say this, and you cant say that. And Id say, why? Because we want to ask this and that, and our viewers are going to want to know why we didnt ask this and that, Were being controlled Its like the media has the last say.

— MEDIA HYPOCRISY? Jermaine feels that Michael isnt the only Jackson to suffer at the hands of a hostile media. He feels that the controversy surrounding Janets 2004 Super Bowl controversy was an attack on black America. To sort of go after (Janet) like that, it was just unheard of, Jermaine said. 

Because there are shows that are not adequate programming for our youth, and they are on the biggest networks showing women kissing women and you know exactly what Im saying. And these are some of the top rated shows. But to go after my sister, and my brother, and my family It lets you know what their plan is. Theyve had enough of us, I feel.

Because when you (do), its like having the last say. We need to have more outreach whether its media, public opinion, more leaders, more ways to get our word out there. Because at the same time, when you look at what was going on in the case, the media would pound Michael. They would pound the family. And then everything, what was said, was totally opposite of what was going on in the courtroom.

Donations for the forum upgrade 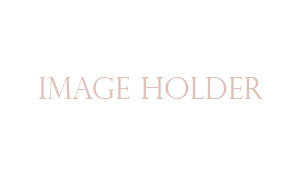