JANUARY 15 2006  This MJEOL Trial Review focuses on the testimony of Brett Barnes and how his disdain for prosecutors was another blow to their credibility in the Michael Jackson trial.

Brett Barnes, a witness for the defense, testified in court to directly refute allegations and implications of molestation. Like prosecutors did with Wade Robson and Mac Culkin, they alleged Barnes was a victim.

Outraged over the allegation, Barnes came to court to set the record straight. Barnes specifically told prosecutors– as far back as 1993 when he was still a kid–that Jackson had done nothing improper or inappropriate to him, nor had he seen Jackson do anything inappropriate with any child.

Barness testimony is highly interesting because he has spent time around Jackson both as a child and as an adult. Both his mother and sister would later testify as well for the defense.

The handsome twenty-three year old Barnes testified May 5 2005 at the trial, traveling all the way from his home in Australia. He actually had to quit his job to come to the U.S. to deal with the nonsensical allegation about him. 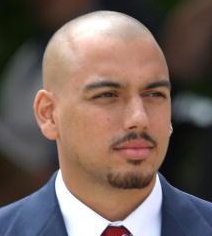 {tag Brett Barnes} testified he is still good friends with Jackson and has known the superstar since he was 5. He said his sister wrote a letter to Jackson, who was on tour (the Bad tour) at the time, putting Barness name on it. The letter was given to one of Jacksons dancers who must have passed it on to Jackson.

He first visited Neverland in 1991 with his family  his mother and father, and his sister. He said he has visited Neverland more times that he can remember. Barness testimony was thick with the insulted outrage of a young man who was dragged into this trial by false allegations.

He found himself in the middle of a vindictive war waged by Sneddons office, and his name was being used to try to convince 12 people to disregard Jacksons innocence.

He and his family did an interview back in the day around the 1993 investigation where he denied anything nefarious had ever happened between him and Jackson. But the now 23 year old found himself having to come to the U.S. to clear his name, and Jacksons name as well, from false allegations made by the prosecutions {tag 1108} witnesses.

Under direct questioning by Thomas Mesereau, Barnes said he was never molested by Jackson and that if he had, he certainly wouldnt have been testifying for the defense. From Barness testimony:

Many courtroom observers reported about how strong Barness testimony was in denying the allegations put before the court by prosecutors. Some observers later suggested that perhaps prosecutors should have gotten him off the stand as quickly as possible seeing as how his testimony was simply too devastating in retrospect.

Barnes seemed pissed off that after repeatedly telling prosecutors nothing ever happened  over the course of years  he would again find himself in a position to have to deny these allegations to a group of people that knew better than to make them in the first place.

During the trial, and as reported in a May 5 2005 trial update at MJEOL, observers commented on Barness anger, and noted the jurors would likely pick upon it and hold it against the prosecution.

Some experts who have publicly commented about the prosecutions 1108 section of the trial say prosecutors didnt need to get into any of these allegations; especially because it made them look like they would say anything  even lie through their teeth  to get a conviction. Though Barnes testified he chose not to follow the case in the media, he was aware that allegations involving him and Jackson had been made.

Barnes testified that on some of the occasions when he would stay in Jacksons personal living quarters (bedroom), other kids would stay there as well.

One of those kids was Barness sister. If you have already read the Trial Review of Chantal Robson ({tag Wade Robson}s sister), you should be familiar with the fact that her testimony was slap in the face to prosecutors who tried to convince the jury Jacksons bedroom was allegedly off-limits to girls. Barnes as well confirms the presence of girls sleeping in Jacksons bed.

MESEREAU: When you stayed in Mr. Jacksons bed —
BRETT BARNES: Uh-huh.
MESEREAU: — on any of those occasions was anyone else there?
BRETT BARNES: Yeah.
MESEREAU: Who?
BRETT BARNES: Well, I cant — see, I was pretty young at the time, so I cant remember exactly. But I know my sister as being there, his cousins have been there. And — yeah, Macaulay has actually been there as well, Macaulay Culkin. So theres been a few people. (p 9173 lines 27-28; p 9174 lines 1-10)

He said the longest period of time hes spent at Neverland was a couple of weeks to a month, and considers Jackson to be a family friend. He also said that out of all the time he has spent at Neverland, he was only there a few times without his parents being with him.

__Fruitless cross__
Under cross-examination, prosecutor Zonen attacked Barnes like he tried to do with Wade Robson. However, one thing his questioning established was that Barnes still visits Neverland to this day. Oops!

Barnes told the prosecutor said he couldnt remember when he stopped sleeping in Jacksons room. From the testimony:

ZONEN: You cant tell us how old you were when you stopped visiting Neverland?
BRETT BARNES: I still — I continue to visit to this day.
ZONEN: Do you still sleep with Michael Jackson?
BRETT BARNES: No, I dont. (p 9179 lines 9-13)

Maybe if prosecutors would have bothered to talk to Barnes recently before alleging he was a victim, they may not have been blindsided by facts like this. Or maybe they did talk to Barnes and was told to go take a flying leap?

As a matter of fact, Barnes has spent time in Jacksons personal living quarters with Jacksons own kids. He mentioned that he was in there with the two when Prince was just 3 years old.

More from the testimony:

This may not have been an isolated thing. In an interview with 24 year old {tag Frank Tyson} on Primetime Live June 2 2005, Tyson said Jackson asked him to help keep an eye on the Arvizo brothers when they would sleep in his bedroom. Heres an excerpt of what Tyson said during that interview:

There have been a lot of assumptions about Jackson which have gone by the wayside as a result of the 2005 trial.

The ridiculous theory about no girls being allowed in Jacksons bed, the theory about grooming, and the assumption of children running wild at Neverland were just a few that got knocked down.

Barnes helped to stomp out another. He testified he has slept in Jacksons personal living quarters even after he became an adult. This is in contradiction to media/prosecution assumptions that Jackson allegedly befriends kids and pushes them out the door when they reach a certain age.

As he tried to do with Wade Robson, Zonen attempted to make some headway by asking Barnes if Jackson had ever shown him adult material. He was denied. Barnes testified Jackson didnt show him any adult material, and that he wasnt even aware Jackson had any. From the transcript:

Both Wade Robson and {tag Mac Culkin} denied that Jackson ever showed them adult material, and neither knew Jackson had any adult material until the prosecution showed it to them on the witness stand. He also said he wasnt rowdy at Neverland, but said there were a couple of kids who may have been. Barnes couldnt answer certain questions from the prosecutors because he couldnt remember. For example, he told the prosecutor:

This sort of stuff referred to information about who was sleeping in Jacksons room, and at what times and dates. I doubt Barnes was keeping a list. During times when he was around Jackson, he probably never thought about memorizing every inconsequential detail because he may someday have to testify in court about them 12 years in the future.

The false allegations in 1993 hadnt happened yet. He did, however, say he remembered his sister, Mac Culkin, Marie Nicole, Frank Tyson and Tysons brother at one point or another in Jacksons personal living quarters (bedroom). Barnes wasnt on the witness stand for too long, but he like the others, was a walking slap in the face to prosecutors who had falsely told jurors that he was a victim.

__Hindsight is 20/20__
Im sure if prosecutors knew then what they know now, they probably wouldnt have ventured down that dead end road with some of these 1108 allegations. It does raise a serious question though.

Did prosecutors knowingly lie to the judge and jury about Barnes? Barnes had repeatedly told them that Jackson did nothing, so they really didnt have a leg to stand on when they stood up in court and called him a victim. Same thing with Robson and Culkin.

During the trial, the media seemed to completely lose the plot and tried to shill for prosecutors because some pundits couldnt deal with such explosive testimony.

The defense did what the prosecution wouldnt do: allow Barnes to set the record straight.

Had the defense not have been able to get Barnes and the other innocent kids (now grown men) to come in to testify, these same pundits would have been screaming from the rooftops about how the defense wasnt able to produce these people to clear Jacksons name. But its quite clear that Brett Barnes is very strong willed, and that he wasnt going to stand for anyone molesting him.or anyone making a false allegation about him in court for that matter.