[b]Michael Jackson sues former accountants in LA court[/b] Associated Press LOS ANGELES – Michael Jackson is suing his former accountants, claiming they withdrew $2.5 million a year from his bank accounts but did not properly pay his bills. The suit by Jackson and MJJ Productions Inc. was filed Thursday in… Los Angeles Superior Court against Bernstein, Fox, Whitman, Goldman & Sloan, alleging negligence and breach of fiduciary duty. An after-hours call Friday to the Los Angeles-based accounting firm was not immediately returned. The suit asks for unspecified damages and for an accounting of money the defendants received for services. Jackson hired the firm in 2003 for bookkeeping, opening bank accounts and filing personal, corporate and real estate taxes, the lawsuit stated. However, Jackson alleges the accountants hired people and entered into contracts on his behalf without getting his permission. The accountants also did not communicate directly with Jackson or keep him apprised of his financial affairs, according to the suit. Source: Mercury News Read the court papers by downloading pdf file below: 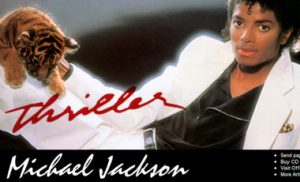 Jackson trial to focus on accounting