Of these widely reported rumors, what has become the most troubling and heinous, is that my son, and our brother Michael Jackson is dependent on painkillers and alcohol.

People, and other news organizations, have quoted “sources” indicating that our family has attempted a drug intervention, and engaged in an effort to take over his business affairs, because of this alleged drug and alcohol usage.

We categorically deny ever planning, participating in, of having knowledge of any kind of intervention whatsoever. We strongly believe that these “sources” and others, no matter who they are, are making these defamatory, inaccurate, and untrue claims for monetary reasons.

Michael Jackson and the Jackson family has endured years of false accusations and misrepresentations.

It is time for these unfair and hurtful rumors for profit to end. 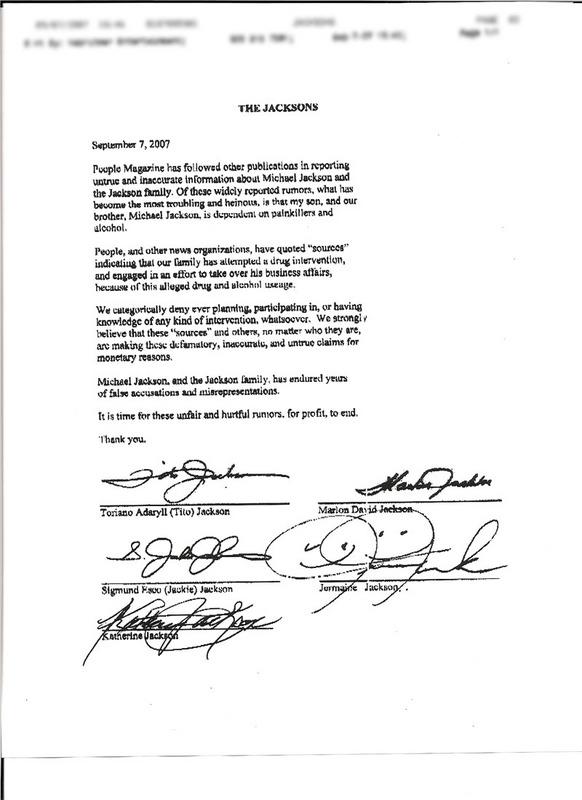