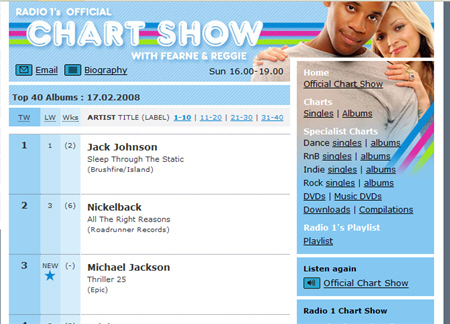 Twenty-five years after its initial release, Thriller25 is on the charts again in the UK.

There is also early word that the re-release is charting in the Top 10 all over the world, including the Netherlands, Poland, Australia and Ireland.