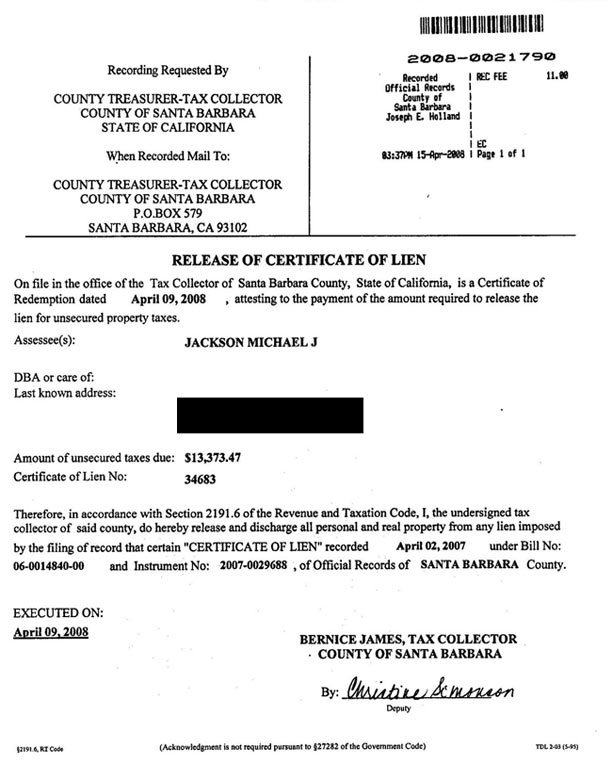 Quick! Somebody put Roger Friedman on suicide watch! Michael Jackson’s Neverland Ranch is reportedly out of any danger (real or perceived) of being auctioned off to the highest bidder on the courthouse steps. The disappointment must be heart-breaking.

Many people who read this site and others have been fairly immune to terrified cries of ‘the sky is falling’ from overly excited members of the media. So the news of Jackson taking care of business and working out his own situation comes as no surprise.

According to BusinessWire.com, the scheduled "foreclosure sale" has been canceled by Colony Capital, LLC. Colony is said to have purchased the existing loan on the Ranch.

The site even quotes Jackson as saying, "I am pleased with recent developments involving Neverland Ranch and I am in discussions with Colony and Tom Barrack with regard to the Ranch and other matters that would allow me to focus on the future."

MJJR.net also did some research on this issue. One document obtained by the site is the "Release of Certificate of Lien" and is dated as far back as April 9 of this year.
{mosgoogle center}
Every know-nothing busy-body you can imagine has been all up in Jackson’s financial kool-aid without knowing the flavor recently. Most of their forecasted doomsday scenarios about his finances have yet to come to true (if ever).

This latest news comes during a period of time where it’s obvious to many watching from the outside — those without a vested interest in the outcome — that Jackson is handily cleaning up financial messes made by lazy, mediocre and/or totally sinister former financial advisers; not to mention a questionable former accounting firm who Jackson initially had to sue for not paying his bills.

Moreover, there are recent unconfirmed reports that Jackson has settled his lawsuit against the accounting firm after a counter-suit against Jackson brought by the firm was dismissed.

Lets see if every cable network and happily hateful internet site who reported the news of Neverland’s allegedly "imminent" sale — and did so with gleefully bi+chy and asinine jokes about owning a piece of the property — will also report this update.

I’d be surprised if it happens.

Below is the document mentioned above: