“This Is It,” Michael Jackson’s much expected and, some say, overdue comeback to the music scene, kicks off this July at London’s O2 Arena. There will be no less than 50 shows, for which all tickets have been completely sold out in the first days they went on sale, with speculation that the tour might extend to the US as well. Given the magnitude of the event, it’s no wonder that fans want to know some of the details of the performances beforehand.

Sources from the organizers, as well as from Michael’s entourage, are here to share with the media some of the “secret” surprises the King of Pop is currently preparing. According to the Daily Mail, one such surprise would be a cameo from none other than Jackson’s eldest son, Prince, who will reportedly be sharing the stage with his father and sing for the first time ever.

“[Michael] is asking for a substantial cameo role in the show for his elder son, Prince, who is 12. The precise details of their duet will be finalized later. For now, he is very steadily and quietly getting on with the business of working on his dance routines, or so his supporters say.” the British tabloid writes, citing sources very familiar with the ongoing preparations.

Nevertheless, other media outlets argue, such a duet could be nothing more than just a rumor, since Michael is known to be very keen on his children’s privacy, as demonstrated in many public appearances when he had their faces covered entirely. The only argument that it could happen, though, would be that the singer is now trying to come up with something new, something that he has never done before onstage, to make his last performances the best ever.

As for other details, rehearsals are reportedly going well, with Michael and a huge team of dancers and choreographers working hard at making “This Is It” a grand show. “Jackson has decided on his set list and the show’s themes. He’s asking for elephants on stage, and a jungle with monkeys and parrots. He also wants to fly like Peter Pan – he’s been inspired by new-wave magician Criss Angel – and thinks he should perform a whole number while floating above the stage. For now the singer is obsessed with creating a move to rival the moonwalk, and that is what he and [famed choreographer Kenny] Ortega are concerning themselves with.” the same publication informs. 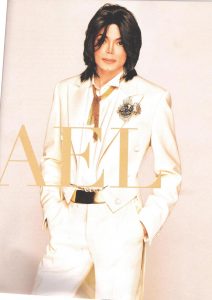