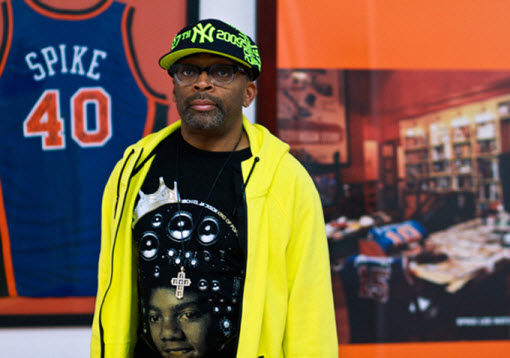 For every “Girl 6,” “She Hate Me” or “Miracle at St. Anna” in filmmaker Spike Lee‘s oeuvre, there’s not only a great feature to offset it (“25th Hour,” “He Got Game,” “Inside Man“), but several fantastic documentaries (“4 Little Girls,” “When the Levees Broke: A Requiem in Four Acts” “If God Is Willing and da Creek Don’t Rise“) as well.

One could even argue if Lee’s feature career got a little uneven later in the game (which is still very debatable), his documentaries — some of them his best work, period — never faltered.

So it’s great to see the always productive filmmaker has two more documentaries in the works. The first one is a 25th anniversary documentary on Michael Jackson‘s Bad album (remember Martin Scorsese directed that video) and another called, “Go Brazil Go” which is meant to cover Brazil’s rise to economic prominence from the eyes of an outsider (Lee himself).

With his next feature, the independent drama “Red Hook Summer,” arriving in theaters and VOD in August, Lee is not slowing down for a second, and has an armada of projects in the hamper, one of them even hitting Broadway: “What I’m doing now is a documentary on the 25th anniversary of Michael Jackson’s Bad album. I’m also doing another documentary on Brazil called ‘Go Brazil Go.’ I’m going to be directing Mike Tyson on Broadway later, it’s a one man show,”  Lee recently told GQ.