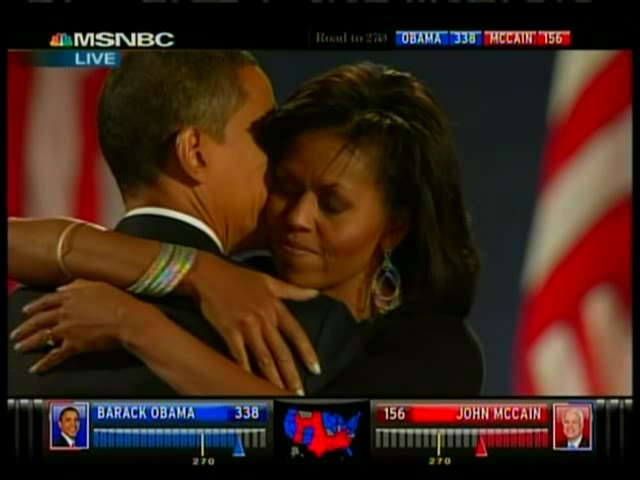 Call him Mr. President. Barack Obama is the projected winner in the 2008 Presidential election.

Please visit the new "I VOTED" thread at the MJEOL FORUMS. Post about your experiences, how long you had to

Whispernote: Fieger was a vocal talking head who was very hateful towards Jackson during the trial. He leveled personal and unprofessional insults about his looks and claimed it would get Jackson convicted.

[b]FBI, IRS search Geoffrey Fieger’s Southfield office[/b] 12/1/2005, 12:49 a.m. ET The Associated Press SOUTHFIELD, Mich. (AP)  FBI and IRS agents searched the offices of prominent personal injury lawyer and Democratic state attorney general hopeful Geoffrey Fieger on Wednesday night. Fieger became famous for representing assisted suicide advocate Jack Kevorkian and more recently has been known for winning multimillion-dollar awards for medical malpractice and other injury claimants. The search began about 7 p.m. and finished about four hours later as agents loaded boxes from the offices into a car and a truck, WXYZ-TV reported. An FBI spokesman would not comment on the reason for the search. “All I can tell you is I will confirm that were are executing a search warrant here, the FBI and IRS, at the law firm,” Special Agent John Gillies said as he stood outside the suburban Detroit location. Messages seeking comment were left with Fieger’s office, home and cell phone numbers Thursday shortly after midnight.

Police, Prosecutorial and Judicial Misconduct “There is no crueler tyranny than that which is exercised under cover of law, and

[b]Wallow In Chaos, And Laugh[/b] A pro-Bush outcome and one enormous bitter pill and you without your vodka [b]By Mark