[b]JUDGE DISMISSES GUARDS’ CASE AGAINST MICHAEL JACKSON[/b] Dateline: Los Angeles Word Count: 0189 The Associated Press Date: July 22, 1995 A lawsuit by four ex-guards who claim Michael Jackson fired them because they knew about his alleged trysts was thrown out of court on Friday. The men sued in 1993 despite the fact they had signed a release after they were fired in which they promised not to. They claimed the release was invalid because they signed it under duress, but Superior Court Judge Richard C. Neal dismissed the case. The guards’ lawyer, Charles T. Mathews, said he would appeal. ”If we’d been able to get to a jury, I’m quite confident they’d find the charges we alleged were true,” Mathews said. Jackson’s lawyer disagreed. ”Michael has said from day one he never did anything inappropriate with any minors,” Howard Weitzman said. ”This was (the guards’) way of getting their 15 minutes in the limelight.” Jackson settled a sex abuse lawsuit filed by a 13-year-old boy in 1994, reportedly for as much as $15 million. No charges were filed. Jackson denied wrongdoing and called the boy’s claim an extortion attempt. Copyright 1995 the Associated Press. — All Rights Reserved 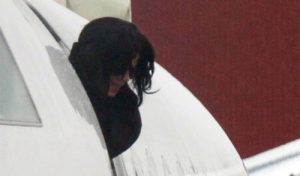