Dogged family friend wins man his freedom He served 12 years for slaying he didn’t commit Harriet Chiang, Chronicle Legal Affairs Writer Tuesday, June 10, 2003 Quedellis Ricardo “Rick” Walker stepped out of a police car in front of a San Jose courthouse Monday and into the arms of his family — a free man after spending 12 years behind bars for a murder he didn’t commit. Walker had been serving a sentence of 26 years to life for the 1991 murder of his ex-girlfriend at her Cupertino home. His fate seemed sealed after he lost his last appeal in 1999. But San Francisco lawyer Alison Tucher, a family friend, was convinced of his innocence and, after a dogged investigation, found five witnesses who said Walker wasn’t at the murder scene. It was strong enough evidence to convince prosecutors that they had the wrong man. On Monday afternoon, Santa Clara County Superior Court Judge Kevin Murphy ordered Walker released on his own recognizance. Tucher will file a petition with the court Wednesday seeking to have Walker’s conviction formally overturned. ‘FACTUALLY INNOCENT’ “Rick Walker is factually innocent,” Assistant District Attorney Karyn Sinunu told a crowd of reporters outside the courthouse. “There’s some scientific evidence that indicates beyond any doubt that he’s factually innocent,” she said, refusing to elaborate. Sinunu said she expected charges in the slaying of Lisa Hopewell to be brought within the next two months against someone who is already in custody. The veteran prosecutor said that she had spoken to Walker. “I apologized,” she said as her voice choked with emotion. After emerging from the police car, Walker, 47, dressed in a black-and-tan print shirt and black pants, blinked briefly in the bright sunshine before he was embraced by his relatives. His mother, Myrtle, held him tightly against her, as though afraid of losing him again. “I feel great. I’m back here with my family,” he said as he hoisted his toddler nephew in his arms. Walker’s son William, 24, was overwhelmed with emotion as he stood with his father’s arm around him. “I can’t even explain how I feel right now,” as he wiped tears from his face. “We’ve been blessed.” Walker didn’t hesitate when asked what he wanted for dinner. “I’m having gumbo,” he said emphatically. His family burst out laughing. “That’s what he asked for, and that’s what he’s getting,” said his beaming mother, a former longtime East Palo Alto councilwoman. ‘A GREAT ATTORNEY’ Despite his years at Pelican Bay State Prison and more recently at Mule Creek State Prison, Walker said he didn’t harbor any resentment against the justice system or the district attorney’s office. “I’m a child of God. I’m at peace with all that,” he said. “And I’m glad I’ve got such a great attorney.” His lawyer, Tucher, said the real culprit was Walker’s co-defendant, Rahsson Bowers, who is serving 15-years-to-life in prison for his part in the murder. Tucher said Bowers had killed 34-year-old Hopewell in her home, leaving fingerprints at the scene. The woman had been bound in duct tape and suffocated to death. Bowers fingered Walker as the primary killer, Tucher said, as part of a deal he struck with prosecutors to gain a more lenient sentence and avoid implicating an accomplice. Tucher blamed Walker’s conviction on the trial prosecutor whose case against him, she said, hinged solely on Bowers’ testimony. She called Walker’s trial attorney a “potted plant” who failed to conduct any investigation. Walker, who was working as an auto mechanic in East Palo Alto when he was charged, said that he was with a woman at the time of Hopewell’s murder. The woman testified for him at his jury trial but apparently wasn’t believed. Prosecutor Sinunu said Bowers is primarily responsible for sending an innocent man to prison. “Bowers is the one who testified falsely and caused this injustice,” she said. Prosecutors credit Tucher for setting justice straight. The young lawyer heard about Walker’s case in 1992 when she was a law student at Stanford University because her mother is friends with Walker’s mother. She began investigating his case and — after a stint in the district attorney’s office — eventually became his attorney in 1999. Tucher went to the district attorney’s office in February, armed with what she described as “compelling evidence,” including the testimony of five inmates who said Walker wasn’t at the murder scene. “Congratulations,” she said District Attorney George Kennedy told her. “And thank you.” E-mail Harriet Chiang at hchiang@sfchronicle.com. Source: http://www.truthinjustice.org/rick-walker.htm 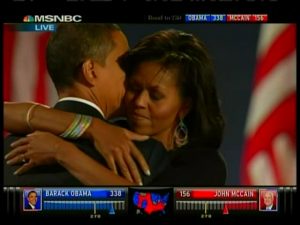