June 29, 2004 – … Then there’s the claim that Martin Bashir used forged documents to persuade Diana to co-operate for the famous Panorama interview (since denied by Bashir and the BBC).

Any further repercussions? “If there were, they’d have to go to court and explain why they forged these documents two weeks before the interview.”

Nevertheless the documents were shown by Bashir. “Yes, forged bank statements which indicated payments by newspapers to shadowy offshore companies. He told Diana she was under surveillance and in danger.” Diana fell for it.

She believed someone was being paid to bump her off. Moreover, Morton met Matt Wiessler, “the man who forged the documents”.

“I tracked him down in a farmhouse in the wilds of England and he confirmed the story,” he says. “Also I spoke to Diana’s friends who confirmed she was doing the interview because she was terrified of the implications of those bank statements. She genuinely thought her life was in danger. She gave the interview to save her life.”

Morton says she had zero rehearsal and zero control. Nor was she sent a list of questions. “Absolutely not.” [/b] … 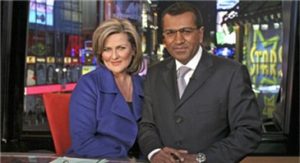