Jackson Cant Get Sick without Media Bashing – Mini MJEOL Bullet Michael Jackson was taken to the emergency room this morning apparently to be treated for severe flu symptoms. In yet another illustration of the ridiculousness of the mainstream media when reporting on all-things-Jackson, certain know-nothing pundits are reporting this story as if they didnt take their medication before going on the air. They, of course, wanted something much more dramatic to be happening and cant deal with the fact that Jackson could be mentally strong about this non-“case” AND have the flu at the same time. This Twilight Zone logic has manifested itself in pseudo-psychological over-analysis of this current news. Us Weeklys Ian Drew pulled himself from under his rock long enough to go on TV and proclaim that Jacksons flu is all psychosomatic. How Drew, of all people, would know this is beyond us. Maybe hes been talking to Ms. Cleo? Guess he didnt get the memo that shes a fake. Either way, I dont have to look into a crystal ball to know that Drew, and those like him, doesnt seem to have any idea what the hell theyre talking about. Even Rita Cosby couldnt let this opportunity go by without giving her analysis, in rushed drama-queen fashion, about what shes hearing. Supposedly, the Jacksons are worried about this case, and that Jackson himself is overly stressed. Well, no thats not entirely accurate. From all accounts, and from Mrs. Katherine Jacksons own words, shes more worried about what they will try to do to her innocent son, rather than worried about the facts of this non-case. Another interesting fact to note about Cosby is that she once broke into Fox news programming with a false story of Jackson converting to the Nation of Islam on the day current DA Tom Sneddon filed initial charges against him in December 2003. She ended up looking like a fool and her credibility was ruined with a number of people after that. Thus, when she starts to report what shes heard, it causes some observers to recoil a bit and recount that report in light of this flu news.

The media created this current drama. Jackson didnt ask them to camp outside the hospital and give updates which amount to very little, if anything. They cant fathom any situation where Jackson would be sick with the flu.and.thats it..just sick with the flu. And those of us who have been attempting to gather information from cable news pundits like Judge Napolitano (Fox), Trace Gallagher (Fox) and the like, have had to sit through stories of how they dealt with their bouts of the normal person flu and how they worked through it. Well, hooray for them! Maybe they want a pat on the back for being jaded manly men? Or maybe a cookie? They even had the nerve to fill air time whining about whether or not Jackson was receiving special treatment because his vehicle was allowed to be parked outside the front of the hospital. Oh my god.its the end of the worldJacksons car gets special parking! Ridiculous. People have serious bouts with the flu and have to be rushed to the hospital all the time, but apparently Jackson cant. Even the judge, as reported by the AP, revealed that some members of the jury pool also werent there because they were out with the flu (see Michael Jackson Hospitalized With Flu). But why is Jackson treated so differently from a media body that then turns around and asks WHY hes so different? Its a media-imposed treatment that automatically puts him in a separate category which almost forces him to be different, as evidenced by this recent news. The brotha cant get sick without somebody poo-pooing it. Even Matt Drudge got into the act with the incredibly asinine headline Drama King: Flu. It is hilarious that Drudge would label anyone other than himself a drama king. Hes on a crusade against Chris Rock, by the way. Its a shame Jackson cant get sick without the media turning it into a disgusting mess of their own making. They also seem to care more about the progress of jury selection instead of Jacksons health. Oh another delay in the Michael Jackson case. Whining has never particularly worked well for the media. Its no wonder most of the jurors polled by attorneys yesterday in this case said they dont trust the media. Someones flu has never been so widely reported. For entities proclaiming Jacksons so-called has-been status, they sure do spend a lot of time on reporting about every single detail around him; from the way he wore his hair to a full scale fashion report. You wont see Breaking News headlines if a REAL has-been gets the flu; someone like Corey Feldman for example. Speaking of Feldman, Jacksons mother Katherine Jackson put the former actor on high blast during a breaking news phone call she made to Fox News. Feldman has made statements that he was left to die in New York by Jackson during the 9/11 tragedy. Mrs. Jackson confirmed that Feldman wasnt left to die in New York by anybody and he apparently lied to the media about it. She confirmed a previous Access Hollywood report from 2002 which said Feldman was taken out of NY by Jacksons own family on the familys bus. Other family members, as well as herself, were on the bus with Feldman. Remember, the U.S. suspended all air travel during that time. Mrs. Jackson was highly critical of the lies Feldman told to Martin Bashir during what is quickly turning into an infamous interview aired on ABC. She says she suspects Feldman may have been paid off to come forward with miraculously recovered recollections of inappropriate behavior after years and years of denials; including over an hour long police interrogation when he was 22 in 1993 by sheriffs deputies. In psychology, sometimes a cigar is just a cigar. In this case, Jacksons flu is just the flu, much to the disappointment of the media. And some observers suspect that there wouldnt have been a need for a conference at all had the hordes of media not rushed down to the hospital to try to get in Jacksons business. The sudden need to create controversial news could be because Jackson is looking a hell of a lot less guilty than they all hoped he would by this time. It may also baffle them as to why he continues to smile and walk purposefully to court each time hes scheduled to appear. Maybe thats why some have taken this flu news as an opportunity to wildly speculate about his health. Maybe this lynching is taking too long for them to be patient enough to wait for it? Unfortunately for them, they may be severely disappointed because once they do find out the real truth to what have been called baseless allegations  and they find out the back-story to the root of this situation (the 1993 investigation) — it wont be Jackson who will need a suicide watch. But rather, those in the media who have been involved in misleading the masses, lying to the public, taking every opportunity to proclaim Jacksons guilt, and profiting off of this scandal will have to be pulled from ledges all over the world. -MJEOL 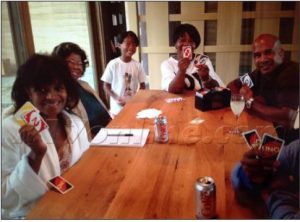