In a defense court filing overlooked by most in the media from November 2004, the defense has evidence that checks from the Los Angeles County of over $700.00 were cashed during the time the mother now claims they were held hostage/kidnapped/kept away from people. Could this be the Welfare payments made to the mother? And if she was still receiving welfare checks from LA County and getting money from all these various celebrities, including Jackson, could this be further evidence of welfare fraud on top of defrauding a number of celebrities? This could be very powerful evidence proving that the family is lying about a conspiracy and about being kidnapped/held hostage at Neverland. The following is an except from the defense motion: 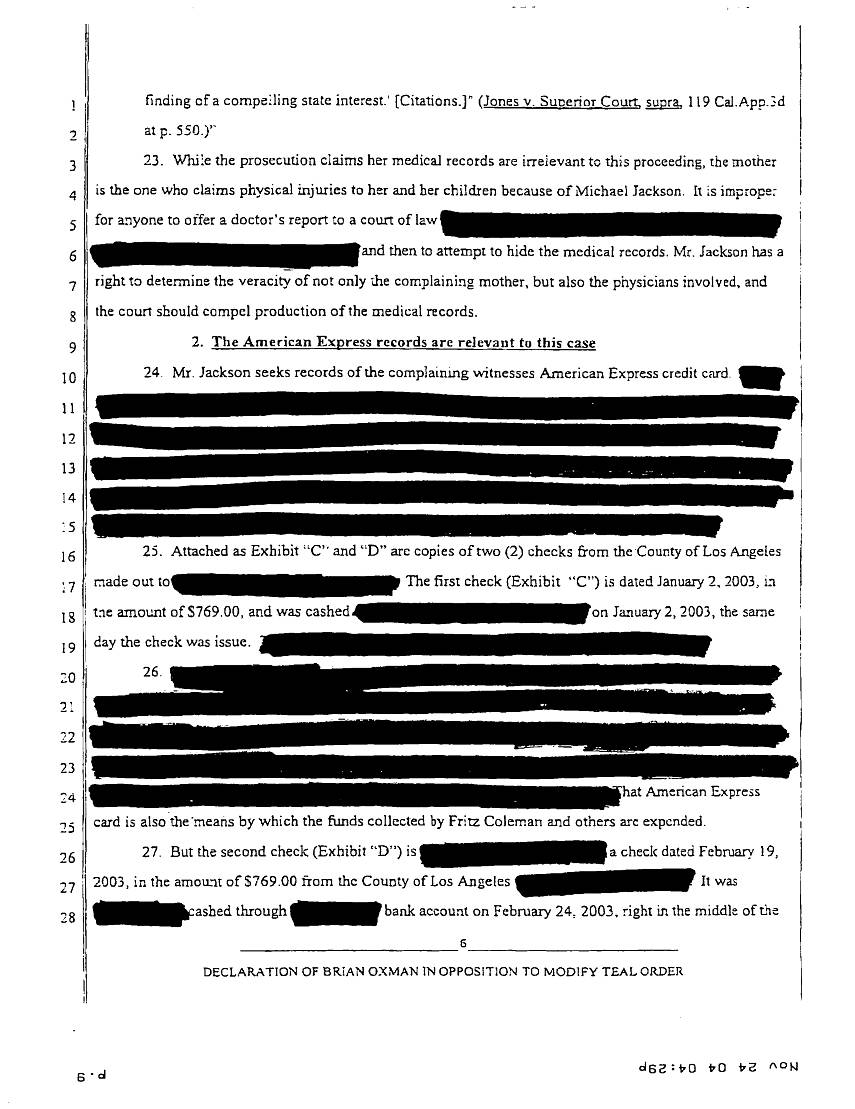 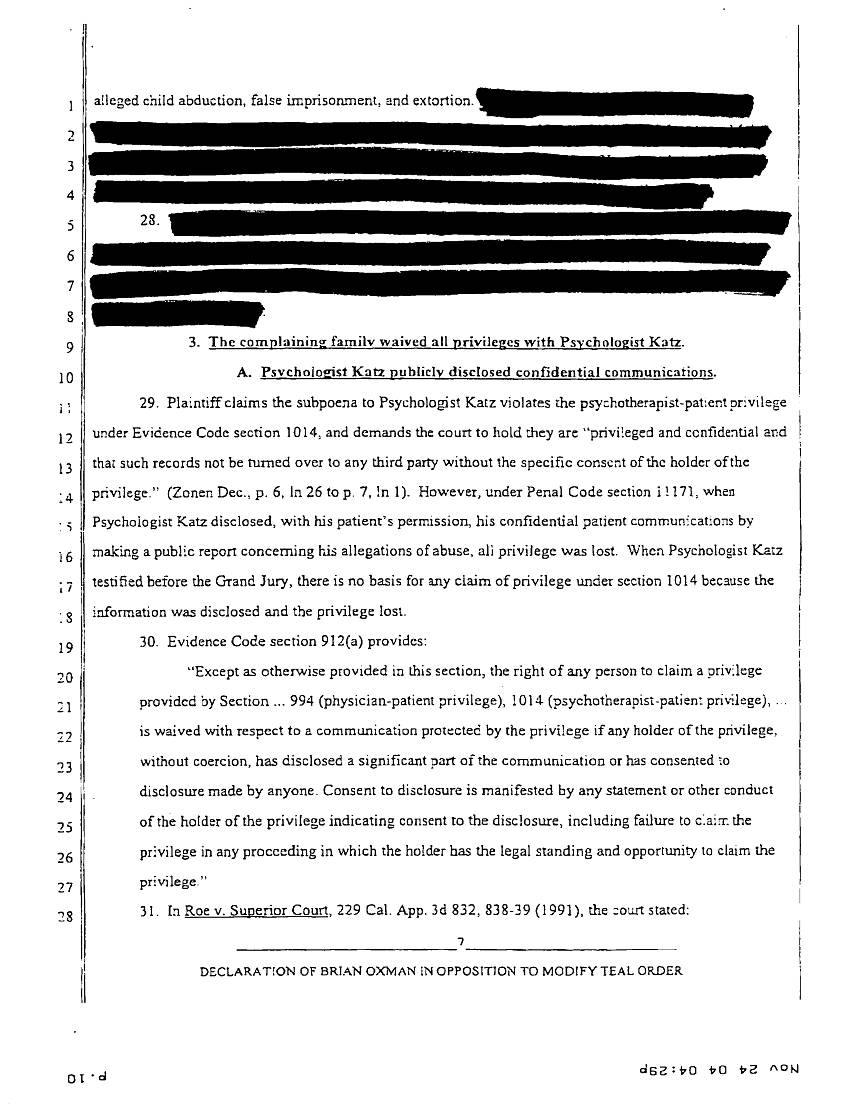