[b]UCI center on psychology and law hires prominent director[/b] By GARY ROBBINS The Orange County Register UC Irvine has created a Center for Psychology and Law that will be headed by Elizabeth Loftus, the renowned expert on false and repressed memories who has been a scientific analyst or consultant on high-profile legal cases involving such people as Michael Jackson and Rodney King. Loftus, who joined UCI in 2002, said the Irvine faculty has “one of the best concentrations in country of people working at the intersection of the law and psychology,” making the center practical. Its affiliated professors include criminalist William Thomson, a DNA expert who was part of O.J. Simpson’s “dream team” in the 1990s. The university also is hiring three new professors and recruiting additional graduate students who study at the center, which is part of UCI’s School of Social Ecology. The hiring of Loftus, a psychologist, was considered a coup because the journal Review of General Psychology ranked her as one of the most influential psychologists of the 20th century. She’s especially well-known for proving that “false memories” can be planted in a person’s mind, influencing the outcome of trials. [b]Loftus already has created a distinguished-speaker program for the center. The first guest will be Thomas Mesereau, the attorney who successfully defended singer Michael Jackson against child-molestation charges. Mesereau will visit UCI on March 15 to give a talk that isn’t open to the public.[/b] Loftus can be seen discussing repressed memories at 10 p.m. Friday on the CBS program “48 Hours.” Source: http://www.ocregister.com/ocregister/news/atoz/article_1001882.php (subscription) 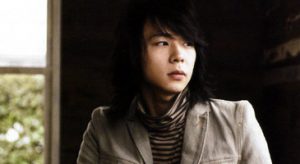