[b]Michael Jackson’s ex-lawyer calls secret taping ‘distressing'[/b] LOS ANGELES: Michael Jackson’s former lawyer testified he went to “almost paranoid lengths” to guard his client’s privacy after Jackson was secretly taped on a private jet headed to Santa Barbara to surrender in a child-molestation investigation. Attorney Mark Geragos, who accompanied Jackson on the plane, is suing jet company XtraJet over the November 2003 taping. Testifying on Tuesday in the non-jury trial, Geragos called the taping one of the worst experiences of his 24-year legal career. He said he obtained a court order preventing XtraJet’s then-owner, Jeffrey Borer, from selling the footage after learning of it through the media. “I can’t think of any act more distressing to me at a professional level than what was done here,” he said. Geragos said he was so concerned after the taping that he met with some clients under freeway overpasses and in hotel rooms to prevent possible spying. He twice sent an associate overseas to meet with a lawyer in a case rather than have them communicate over the phone or by e-mail. Borer and co-defendant Arvel Jett Reeves were indicted by federal prosecutors in the case. Under a plea deal, both admitted they installed two digital video recorders to record “a professional entertainer” and his lawyer as the pair traveled on a private jet from Las Vegas to Santa Barbara. Borer was sentenced in October to six months of home detention, three years probation, and was ordered to pay a $10,000 (7,660) fine. Reeves was sentenced in July to eight months in prison, six additional months in a halfway house and ordered to pay a $1,000 (760) fine. Reeves testified on a videotape shown in court Monday that no sound was recorded on the tapes. Jackson, who was initially a plaintiff in the civil lawsuit against XtraJet, later dropped out of the case. The entertainer, who replaced Geragos with another attorney during the child molestation trial, was acquitted of the charges in 2005. Source: [url=http://www.iht.com/articles/ap/2007/01/24/america/NA-GEN-US-Michael-Jackson-Taped.php]iht.com[/url]

Petition to FOX to show more MJ videos approahes 900 sigs. in under 2 weeks! 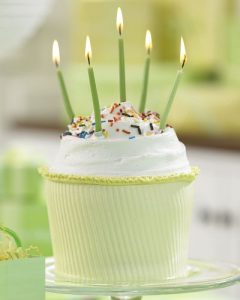