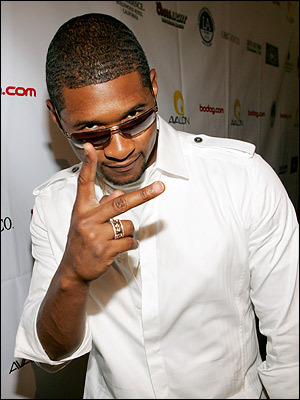 Usher is doing a lot of press with his hometown paper the Atlanta-Journal Constitution.

The paper is reporting that Usher will be dropping a single featuring Michael Jackson and T-Pain.

“It’s been created, but it’s not recorded," Usher explained to the newspaper. "And as long as Michael is open to it, hey, anything goes.”