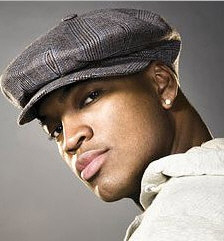 AllHipHop.com Alternatives: What is it like to be a part of this whole experience with the Ronald McDonald House Charities? Countless entertainers over the years have lent their names and face to this organization. It helps countless amounts of children each year. What is it like just to be apart of that?

Ne-Yo: Man, it’s a beautiful thing. I think that anything that uplifts children, and lets them know how important they are is more than a worthy cause. And with the other entertainers that have helped out, it just says something about the charity itself. It’s not one of those charities where they say send us some money and you don’t know what happens to that money. When you come to a Ronald McDonald House, you see the quality of the facility. You see that they take that money and they put towards what it’s supposed to go to.

AHHA: Is there any particular reason you decided to lend your name and support to the Ronald McDonald House Charities as opposed to another charity?

Ne-yo: Well for one I was already working with McDonalds on some summer tour stuff. They were doing a situation where they were showcasing new artists and then I would come behind it and close the show out or whatever. Then they approached me with this, and I did a little bit of research and came to find that this is an organization that does not just talk about doing things. They make it happen. So I was all for it.

AHHA: So this was a four city tour correct?

Ne-Yo: What we did was we went to four cities in two days. We did Dallas and Detroit yesterday and then we are doing New York and Philly.

AHHA: And what exactly do they have you guys (Ne-yo and Hayden Panettiere) doing in each city?

Ne-Yo: Well, we went to the Ronald McDonald houses in each city and talked to the kids and spread some awareness and love.

AHHA: Now with your involvement with this charity, do you feel a heightened sense of responsibility in how you relate to children in your personal and professional life?

Ne-Yo: Yeah I guess to a certain extent, but I also know that there is a time and place for everything. I’ve never been a dude to be blatantly disrespectful or anything like that. I think that if you want your kids to follow my lead, you wouldn’t be leading them down a dead end. At the same time, I am a grown man and I do what grown men do, but I know that we all have a responsibility to these kids as they are growing up because the truth of the matter is they are our future. What we do now is going to matter in the future.

AHHA: Do you think that artists today take enough responsibility for how their actions affect children?

Ne-Yo: I think in a lot of ways a lot of artists think of themselves only. They think, “Well, I want to do this, and I’m grown, and I got money so I’m going to do it." And truth be told, a lot don’t take responsibility to their surrounding environment. They don’t realize that these kids look up to them and these kids do things because they see them doing it. So if they see you doing something crazy, they are going to go out and do something crazy because they saw you do it and they look up to you. I think that is definitely something we should think about before we go out and do the silly stuff we tend to do sometimes.

AHHA: So what’s next for you? Are you involved with any other charities?

Ne-Yo: Yeah I have my own foundation. It’s called the Compound Foundation, and right now the project that we are trying to tackle has been ridiculously difficult. There’s a hospital in Atlanta, Grady Memorial and it’s kind of viewed as the ghetto hospital because anybody can go there. It’s one of those hospitals where health insurance or not you can go to Grady because they are going to treat you. But on the other side of that, I don’t care if you have a billion dollars, if you get into a car accident [in Atlanta] you are going to Grady because that’s where the best doctors are.

But because they do so much work like that, they are in the red; 15 million dollars in the red just for this year. So they are trying to shut the hospital down. So I’m trying to put together like a benefit concert, I know it may not raise 15 million dollars, but it’s something to build awareness. So some of these cats in Atlanta that got all this money and buying all these cars, jewelry, and houses and putting elevators in your damned house, but you are about to let this hospital get shut down that’s doing a lot of good for so many people. So I’m just trying to build awareness so that these cats can go out and help.

AHHA: Outside of that, is there anything else?

Ne-Yo: The foundation itself, our ultimate goal is to build group homes. If you look at the average group home, it’s just another bad environment. And it seems like these are the kids that society forgot about. So what we are going to do that’s different is we are going to put, and entrepreneurial program with academics. So these kids can go to school and do everything they are supposed to do, and then for the last two hours of the day they can pick a business and we’ll bring in somebody that has actually had some success in that business to teach the class. So basically teaching these kids how to own and operate their own business, and as the government is giving us money for these kids over the years, when they graduate, the money is set aside, so they have seed money to start this business that they have been training for. We’re basically trying to show them that there is another way to go.

AHHA: So professionally, what’s next for you? You were out on tour for a bit…Now what?

Ne-Yo: Not on tour anymore! [laughs] That’s a long story. Well not really a long story, but maybe we can get into that some other time… Well I have my own production company, Compound Entertainment. I have a few artists. They’ll probably surface next year. Still got a bunch of producers, working everyday on different artists. I’m still doing some writing for a bunch of different people – Celine Dion, Nicole Scherzinger, Janet Jackson, Michael Jackson, Usher, Lionel Richie, Mary J. Blige, Whitney Houston. I’m also reading over some scripts, trying to figure out what the next movie is going to be. And that’s pretty much it…and trying to figure out what I’m going to do for my third album.

AHHA: Also with the holiday season here, what are you most thankful for?

Ne-Yo: A better question is “Is there anything I’m not thankful for?” There’s so many great things going on in my life that the one or two negative things that might pop up here and there, I can’t even pay them attention because it’s so much good going on.

I’ve been trying to do this music thing for a really long time and all the hard work has definitely paid off. I’m thankful for my gifts and abilities. I’m thankful for Ronald McDonald House Charities and all the work that they are doing. I’m thankful for the people that actually give a damn about anybody else other than themselves, and this whole experience has shown me that those people still exist.