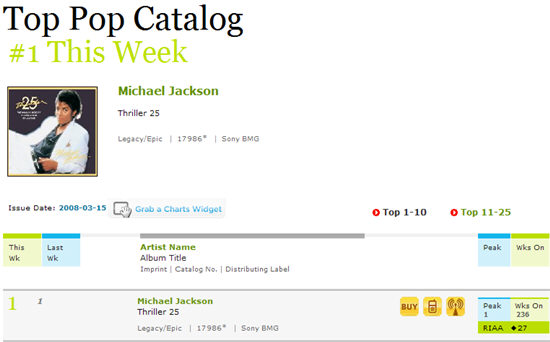 Thriller25 is still at the top of the Billboard Pop Catalog charts for the 3rd week in a row.

The disc is also sitting atop the Billboard R&B/Hip-Hop Catalog chart as well.