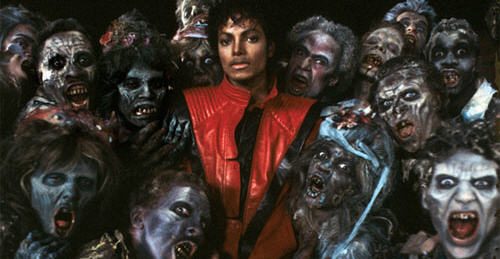 The theater production will recreate the tale of the 14-minute horror film spoof based on the title song. In the video, a young couple are on a date when the boy — played by Jackson — becomes a werewolf.

“This musical will be the exclusive Michael Jackson authorized version of ‘Thriller’ and Jackson will participate in every aspect of the creative process,” said the Nederlander Organization, which has acquired the rights to the musical.

“Thriller The Musical” will include songs from the 1982 album “Thriller” and its 1979 predecessor, “Off the Wall.”

The “Thriller” video, featuring dancing zombies and horror film star Vincent Price, was first aired in 1983 and became a staple of MTV. It was directed by filmmaker John Landis, who said it cost $500,000 — about 10 times the cost of the standard music video of the time.