The upbeat, feel-good song Kiss the Baby Sky was penned by Yoochun and the deep, heart-wrenching ballad Wasurenaide (Don’t Forget) was written by Jaejoong.

A few days ago, news broke that Bolero was #1 on the Oricon Daily chart. After seeing the sales figures for that day, many had already concluded that the single would be #1 for the week.

(Note: Oricon is like the Billboard charts in America in terms of importance to the Japanese music industry) 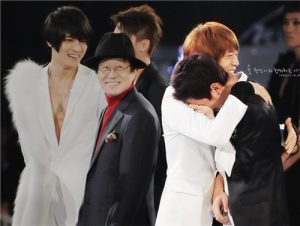