R&B singer Janet Jackson has postponed the Japanese leg of her tour, with promoters blaming the global financial crisis.

The 42-year-old star has pushed back her “Rock Witchu” Japan tour next month “due to the impact of economic crisis.”

The shows were scheduled between February 14 and 22 in Japan, reports Us magazine.

According to Japan concert organizer Kyodo Yokohama, the tour will be rescheduled for later this year.

Jackson is the younger sister of pop icon Michael Jackson.

Her tour, which opened on September 7 in Vancouver, was the first time she had gone on the road in seven years. (ANI) 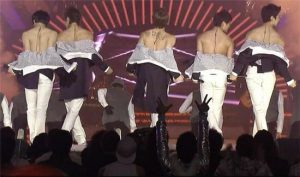