“Michael Jackson was an exceptional Human Being. He was gifted, deeply compassionate and brought joy to the lives of so many. He loved his family dearly, and above all, his beautiful children.

In addition to being my employer over the past 17 years and entrusting the care of his beloved children to me, he was my dear friend. While our friendship had challenges, as do all friendships, he was loyal to the end. I cherish and honor his memory.

I am shocked, hurt and deeply saddened by recent statements the press has attributed to me, in particular, the outrageous and patently false claim that I “routinely pumped his stomach after he had ingested a dangerous combination of drugs”. I don’t even know how to pump a stomach!! In addition, I have never spoken to the Times Online, the original source of the story that has now been picked up worldwide. The statements attributed to me confirm the worst in human tendencies to sensationalize tragedy and smear reputations for profit.

I convey my heartfelt and deepest condolences to Prince, Paris, Blanket and the entire Jackson family. The pain and sorrow I feel over the loss of Michael pales in comparison to what has been taken from them forever.”

The Children of Baghdad love Michael Jackson~and anyone who imitates him!

Lee: ‘Jackson Did Not Present Himself As A Drug Addict’

SoBe Lizards to Star on Billboards 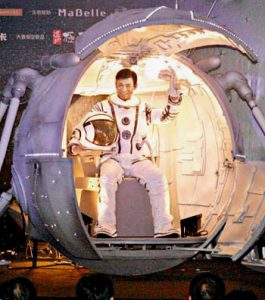