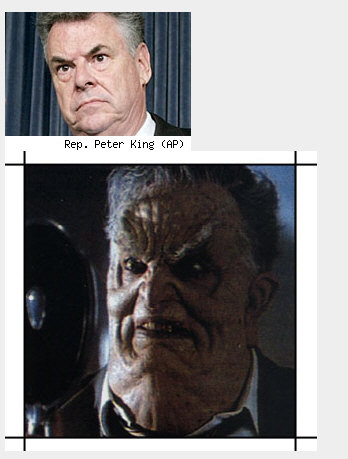 Michael Jackson was acquitted of all charges in 2005. It wasn’t even close. There was no evidence against Jackson outside of the verbal allegation itself. No DNA evidence. No corroborating evidence. There wasn’t even strong circumstantial evidence.

Jurors would later cite the total lack of convincing evidence for their verdict in post-trial interviews.

This wasn’t an O.J.-like acquittal. Jackson’s jury was made up of people from the rather Conservative and Libertarian Santa Maria county. There were no blacks on the jury deliberating Jackson’s fate. And, most importantly, there was no evidence.

If that weren’t enough, the accuser is on tape telling police officers he had never actually slept in the same bed with Michael Jackson, according to the videotaped police interview played in court.

Many say the accuser’s mother was ridiculous, the accuser’s timeline of allegations changed, and the DA was accused of wrongdoing and improperly inserting himself in the case.

The judge even allowed evidence in from the 1993 allegation. Only, there was none. Three kids — now grown men — who prosecutors claimed Jackson molested, came in to testify for Jackson that nothing had ever happened. It was a total humiliation for the prosecution.

As my friend would say, that case was a hot-mess.

Apparently none of this mattered to the sorry sour mouth-assed King.  King’s tirade made it on ABC show The View today (July 6 2009) where Whoopi Goldberg laid into it.

Goldberg, unlike King, actually knew Michael Jackson and respects the legal system in this country.  She said Jackson was a friend of hers and had been in her life at some of the high points of her career.

She also flat out took on King’s question about whether someone would leave their children with Michael Jackson.

Whoopi Goldberg: To answer Mr. King’s question ‘Would you leave your children…’ yes I would.

Joy Behar: You would leave your children with him?

Goldberg: I left my child with Michael Jackson. Yes.

Goldberg: And I, you know I am going to err on the side of him [King] not really sort of knowing the music or caring  — or just wanting to be out there having something to say. Of course everybody has the right to say something.

So I’m saying to Mr. King be careful. Say how you feel, but don’t make it an edict because it’s already been proved not to be the case.

Of course blowhard Behar tried to cite Jackson’s legal behavior of allowing kids into his room as a reason to bash Jackson. Again, Goldberg had to explain to the narrow-minded redhead something which can only be explained by someone who actually knows what they’re talking about.

More from the show:

Goldberg: Here’s the deal. Let me tell you about Michael. Michael Jackson, from the time he was that big, did nothing but perform.  No life, no kid life, no nothing.

This guy — sex is not a part of his world. This is my opinion. I never believed that sex was part of Michael’s world. So to him, hurting a child — he’d rather hurt an adult if he was going to hurt somebody. He would never hurt a child.

This is the last person in the world — because to him [children] were the only people who understood him.  I just want to put that out there because you know wherever he is, I hope he’s dancing with Sinatra and everybody else.

The backlash of King’s classless slander has set in already even from those would may have been inclined to agree previously. Courtney Hazlett (MSNBC) of all people had to say Jackson was acquitted.

Hazlett said at this moment in time it is appropriate to “give him his due. He’s a pop culture icon the likes of which I don’t think any of us will see again in our lifetime.”

“For Congressman King to say that, I think, is shortsighted,” Hazlett continued.

Comments from posters at CNN’s website about the situation ranged from the hateful to the realistic with very many people citing Jackson’s acquittal on false charges.

Here are a few:

“…obviously he does not take the necessary time to gather his facts before opening his big mouth. Never heard of him and how tactless and insensitive of a human being.” (-Linda)

“Rep. Peter King is attacking a dead man instead of the way his death is exploited.” (-Bean)

“i felt sad to listen to comments made by people like ‘Peter King’, it only shows the ‘Low’ and ‘Pervert’ and ‘cruel’ mindset of a politician” (-sk)

“His state should be ashamed of him as I am sure many of the others are also.” (-Ann)

Some have even put King into the situation and asked whether or not he would want the same treatment. More comments:

“is anybody sure about Peter King not being a pedophile? maybe he just hasn’t been caught?” (-Fernando)

“What if he’s falsely accused of being a crook, or taking a bribe, or being a sexual deviant in the future? If he goes on trial and is acquitted, do we then get to ignore that and call him a corrupt crook even in death? How terrible of him to say this.” (-Kelly Johnson)

“what a shame that the people who are the most critical are the ones hiding the nastiest secrets! You know what I mean Peter King!” (-Jessica)

Okay. Pause. Woah. What nasty secret is Peter King hiding? When did that news break? Will this be another event to add to the list of hypocritical things Republicans have gotten themselves caught up in?

“King is mean-spirited and heartless. A man dies and he doesn’t have the sense not to criticize. What goes around comes around.” (-Shannon)

“The man was a genius. To King and all those who are going on about him being a monster…. let’s hope that no one in your family gets accused of something, and then spends 6 months in court only to be cleared of all charges. It’s life altering… why don’t we all ask a teacher who’s been accused of such things, and then who was cleared. His name is ruined thanks to people like all of you” (-Susan)

“Peter King needs to watch what he says and wishes on others. God says judge not, lest yee be judged and let anyone who is without sin cast the first stone. The majority of people like himself are usually the ones who are doing the very thing that they accuse others of doing. To keep things respectful, if you do not have anything nice to say just shut up.” (-Yvette)

One poster who goes by the name ‘Tell it Like it really IS’ even took a political swing at King saying capitalism is the reason why the media coverage of Michael Jackson’s passing may feel overwhelming to those who don’t care.

If coverage is the problem, then King should change the damn channel. If his problem is thinking the worst of Michael Jackson, then his ignorant ass should become educated about the subject on which he is trying to speak.

Not half the amount of people who want to pay respects to Michael Jackson will care at all about King if he were to pass on right now.

King’s tacky, tasteless and slanderous comments were ridiculous and he should apologize to the family and to Jackson’s children.

This was one of the most asinine things anyone could have done at this point in time. Jackson has yet to be buried and the memorial has yet to take place. There isn’t even a cause of death yet and for him to go off on some ‘drunk uncle Joe’ tirade is absurd.

Source for comments: CNN *(Image above shows a photo of Peter King followed by a screenshot taken of Jackson in full makeup for the short film ‘Ghosts’. The resemblance is uncanny, isn’t it?)