Michael Jackson was eulogized in words and music Tuesday by some of the most recognizable people in America.

But a brief, sob-tinged statement by the singer’s rarely seen 11-year-old daughter proved to be the most indelible moment to emerge from the widely televised memorial.

“Ever since I was born, Daddy has been the best father you can ever imagine,” said Paris Katherine Jackson, choking out the words as members of Michael’s extended family gathered around her. “And I just want to say I love him so much.”

Paris was the last person to address the crowd at the Staples Center, and by that point, millions of viewers across the planet were surely gazing at their TV screens through a veil of tears.

The heartfelt scene proved to be a poignant capper to a telecast that brought fans of every ilk together and served to humanize an enigmatic figure too often labeled as a “king” and an “icon.”

“I think Paris Jackson just reminded the world that this was a man and not just a musician, a dancer and a performer.”

Couric was among the big-name network anchors in LA to cover the Jackson memorial, but they didn’t have the airwaves to themselves as entertainment-themed cable outlets such as BET, MTV, VH1, TV One and E! jumped aboard.

The telecasts were expected to draw some of the biggest daytime audiences in decades here in the US and sky-high ratings in Europe, where coverage aired in prime time.

The spectacle and pageantry surrounding the memorial were reminiscent of the send-off of Princess Diana in 1997.

Like that event, television essentially provided a global group-therapy session Tuesday, uniting viewers in grief and offering solace to those still stunned by Jackson’s sudden death.

For a few short hours, viewers were able to put aside sideshow stories about potential custody battles and estate challenges to instead celebrate the life and music of someone they felt so connected to.

Yes, there were tears, but also some jokes and smiles — and even some small sense of closure.

As with Diana’s farewell, this event produced its share of memorable images: Jackson’s gold-plated, flower-laden casket shining under a single shaft of bright light; his brothers clad in sunglasses and matching yellow ties; fans in New York and elsewhere breaking out in spontaneous dances.

The tone inside the arena, noted ABC’s Cynthia McFadden, was “much more dignified than some might have expected.” And, indeed, what easily could have been a circus turned out to be a classy affair in which entertainers, athletes and other public figures remembered Jackson as a groundbreaking performer, a humanitarian, and as a tearful Brooke Shields put it, someone who “loved to laugh.”

Fortunately, the TV commentators, as a whole, were respectful, allowing the service to proceed with minimal voice-over commentary. It proved to be a welcome respite from the talking-head blather and media overkill that has marked much of the Jackson coverage in recent days.

And toward the end of the service came a valuable reminder from Marlon Jackson about the pressure that comes with such fame and scrutiny: “Maybe now, Michael, they will leave you alone,” he said.

It was a hopeful, if not entirely probable sentiment. 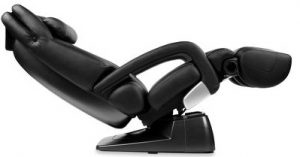