Coroner: “Acute Propofol intoxication” main cause of death w/ other medications (given by Conrad Murray) a contributing factor.  The Coroner has also ruled the death a homicide.

Update 3:39PM : Contrary to unsubstantiated reports, it appears there were no illegal or illicit drugs in Jackson’s system, according to the Coroner’s report. If the Coroner found heroin, marijuana or other illegal drugs in his system, that would have been the headline.

Update 3:55PM: Reuters is reporting the LAPD will refer the case to the DA for prosecution.

Conrad Murray has admitted to administering the medications found in Michael Jackson’s system.  However, the information released earlier in an unsealed search warrant by police mostly covers only what Murray told police. In other words, the timeline and order of administration of the medication is only based on Murray’s word, as far as the public is aware.

Police would certainly want to find out if too much medication was given in a shorter period of time than what Murray admitted to.  Authorities seem to already have become suspicious of Murray when they found out Murray was on his cellphone for about 45 minutes during the time after he claims he started administering propofol via I.V. drip.

Did Jackson’s Maid Meet Cops With a Reporter? – Fox 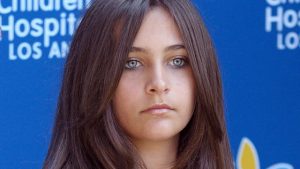