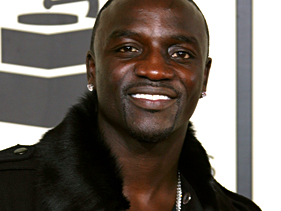 The singer is hoping the first single will feature Michael Jackson, who he just spent time working with. (While some reports say Jackson has finished recording his part for the track, it was unclear whether all the legal hurdles had been cleared as of press time.)

{tag Akon} says it won’t be long before his new album hits the shelves.

"We’re trying to get it out by the first week of May," he recently told MTV News in Los Angeles. "The album is practically done now. It’s called Acquitted."

"It’s a worldwide record," Akon said. "The record is so huge. It’s too big. [Michael’s] the only person I could have collaborated with. The other [songs] on the album are huge though."

Akon has so much music in his catalog that he already has a follow-up to Acquitted mapped out.

"My fourth album is called Double Jeopardy," he revealed. "I’m already on it. It’s all set up. If they want all the records now, it would take me 30 days to put it together."

During his talk with MTV News, ‘Kon’s good friend T-Pain strolled up and began making jokes. The two are supposed to go on tour later this year with the entire Konvict Muzik team. Pain has also been in Atlanta working on an album that’s set to drop in the coming months.

Meanwhile, Akon’s vocal swagger can be heard on the new 25th-anniversary reissue of Jackson’s Thriller ({tag Thriller25}), where he remixed "Wanna Be Startin’ Somethin’."

"These records are timeless," he said. "They can go on forever. It’s easy, because a lot of stuff we are doing now was taken from records back then. We’re all sampling, taking ideas from melodies back then. It was real easy for me."