Mike Nidal, a member of Canadian funk band No Stone, says the first album he ever bought was Michael Jackson’s BAD album. 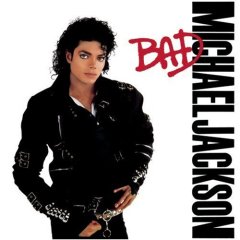 The Ampersand sent out questionnaires to musicians asking musicians, like {tag Mike Nidal} to answer a few questions about their musical influences for Canadian Music Week.

Q. What was the first album you ever bought and do you still listen to it?

A. The first album I’ve ever bought was Michael Jackson’s “Bad” and I still listen to it all the time.  One of the only albums I have where I like EVERY SINGLE TRACK.

Thus, there are generations of people who were influenced not only by Michael Jackson’s landmark Thriller album, but also his subsequent chart-topping and timeless albums like 1987’s BAD.

BAD consisted of priceless songs like R&B ballads I Just Can’t Stop Loving You and Liberian Girl, hot tracks like BAD, The Way You Make Me Feel, uplifting songs like Man in the Mirror, and great pop tunes like Another Part of Me and Smooth Criminal.