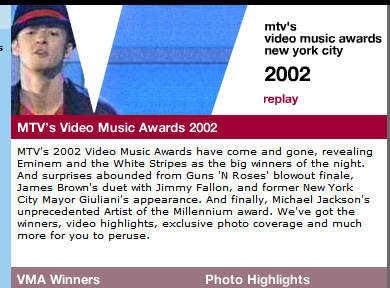 The next year Jack Black participated in a disgusting — and rather unfunny actually — parody of the event where he mocked Jackson.

Now after Jackson’s death, along with the subsequent outing of MTV as a racist network in the 80s for refusing to play black videos before Jackson broke through,  apparently they are a little less tight lipped with the truth.

Music Television (MTV) rarely plays videos at all anymore and at some point lost it’s edge and dedication to music a very long time ago.

MTV’s sudden realization of the power of Michael Jackson came too late… 7 years too late.