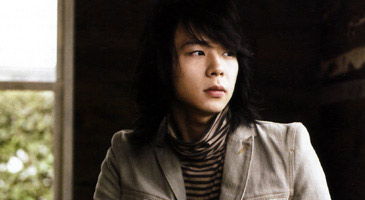 Micky Yoochun, 1/5 of one of the biggest groups in Asia (DBSK), mentioned his admiration for Michael Jackson as he was growing up in the United States.

Yoochun, a member of the Korean group DBSK (known as Tohoshinki in Japan), was interviewed along with his fellow members by Hanako West magazine with translation of the article coming from one of DBSK’s many fansites. From the translated summary:

Yoochun said, "ever since I was little, I really admired Michael Jackson and Stevie Wonder. No matter if I sold a lot of albums, or sold nothing, I truly wanted to become an entertainer. If it was for the sake of being an artist, I’d endure any hardship."

The 22 year old Yoochun lived in Virginia for a number of years and is also a songwriter; writing and co-writting tracks for some of DBSK’s albums.

DBSK (short for Dong Bang Shin Ki) recently scored their 3rd number one song (Why Have I Fallen in Love with You?) on the coveted Oricon Weekly charts in Japan; an accomplishment nearly impossible for non-Japanese artists.

As for Yoochun, what can I say? The man’s got good taste! 🙂